Bail Johnny out of the prison (Succeeded)

May is a heroine from Guilty Gear. She is a young, cute, and spunky member of the Jellyfish air pirates that is utterly dedicated to Johnny, the leader of the pirates and the man who raised her after she was orphaned.

May is portrayed in the games as a young girl in an orange coat, with a skin tight body suit underneath, and big orange shoes. She wears fingerless gloves with silver plating over them and wears a pirate tricorn hat.

May is a cheerful and energetic girl. Because of her age, she is innocent of many things in the story and this causes her to be very honest in her speech. Her motivations revolve around cherishing her family, the Jellyfish Pirates and getting Johnny's attention. Though she is childish, she is a capable leader as she is in-charge of the ship whenever Johnny's absent; however, she sometimes neglects her duties when she's concerned with his safety. She also worries that her origins might somehow endanger her family one day.

May has an irrational fear of bald people (As shown when she interacts with Faust), and can sense them from a distance.

Having lost her parents at a young age, she was picked up by the pirate Johnny and named May. As she lived the rough life as a chivalrous robber, she began to be charmed by Johnny's kindness and broadmindedness. Ever since, her life has become completely dedicated to Johnny. May was able to reunite with Johnny after the tournament, which filled her with happiness. One day, as Johnny's birthday was nearing, the crew decided to give him a present as a sign of their appreciation. Compelled by her growing feelings for him, she wanted to give him a gift personally, not as part of the crew. The problem was, she didn't have money. Then she learned of the huge bounty put on the Gear.

Now, in Guilty Gear, the majority of the Japanese people were wiped out by Justice, so the remaining population are held in safety camps which they are not allowed to leave under penalty of arrest or even death. Being an orphan, May was somehow smuggled out of one of the camps and ended up in Johnny's care.

In Accent Core+, May and the rest of the crew decide to do something special for Dizzy: reuniting her with Testament. Something goes wrong, however, and Dizzy loses control of her power, prompting Ky to jump in and assist. Afterwards she finds Johnny having a conversation with Baiken about the Japanese. Unfortunately, May mistakes this as Johnny flirting with Baiken, which upsets her enough to call him an idiot before running away crying. She ends up running into I-no, who once again mentions that she's Japanese, leading up to another encounter with Anji.

In her first ending, May wonders if she's putting her friends in danger because of her heritage. Johnny decides to put her fears to rest and cheer her up by sparring with her, stating that any problem can be overcome with family bonds. After one last surprise attack by Robo-Ky, May returns with the rest of the Jellyfish Pirates, their lives continuing as normal. However, if May ends up losing a match and continues are used, she will doubt her strength and, believing that it's for the sake of her friends, decides to leave with Anji to discover what it truly means to be Japanese.

May fights with a massive ship's anchor, which she is able to swing with ease, despite her small stature. She is also capable of summoning aquatic animals (primarily dolphins and whales) to attack her opponents.

Lost Saga (May and Johnny) 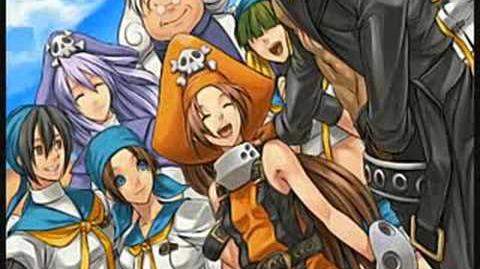 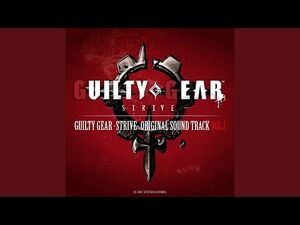 The Disaster of Passion