Heroes Wiki
Register
Don't have an account?
Sign In
Advertisement
in: The King of Fighters Heroes, Female, Teenagers,
and 39 more

Help her master Kim and friends.
Win the King of Fighters tournament.

May Lee is introduced in The King of Fighters 2001 as one of the many students of Kim Kaphwan, and has always worshipped him and Jhun Hoon since she remembered. One day, during the training, she heard the news of the King of Fighters tournament. As always, the South Korean team (composed of Chang Koehan, Choi Bounge, Jhun Hoon, and team leader Kim Kaphwan) will enter.

However, Jhun injured his leg due to a street traffic accident and May Lee had to replace him as a member of the Korean team. Kim suggested that she would also pay attention to her teammates, former criminals Chang Koehan and Choi Bounge. For Chang and Choi, as May Lee, unlike Kim, he feels that there is no need to corporal punishment on a regular basis.

Despite her lack of experience, May Lee surprised the audience with its unique Taekwondo style during the tournament. Kim and the others were also amazed at her achievements, and she quickly gained a lot of praise. After the tournament, May Lee will return to Korea with her partners and be called a heroes to end the threat of the evil NESTS cartel working behind the tournament.

In the The King of Fighters 2002, May Lee was eliminated from the South Korean team because the game was a three-team team fight, so May Lee could find a space in Mai Shiranui and Yuri Sakazaki.

May Lee is very happy towards good people. She is very joyful, and her personality resembles that of Athena Asamiya. Like Kim, May Lee has a very strong sense of justice, and will punish any evil being she encounters. 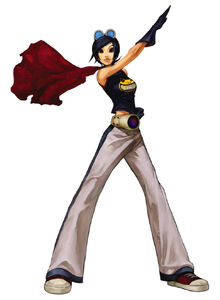 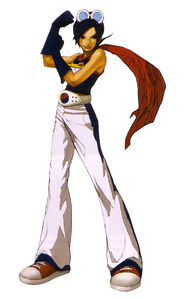 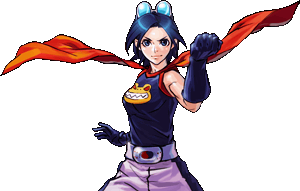 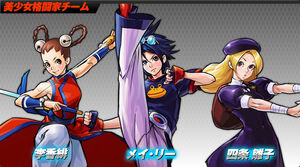