May Zedong is a minor character from the American animated webseries RWBY she is an aspiring Huntress and a member of Team BRNZ, hailing from Shade Academy.

May was made a part of Team BRNZ after initiation at Shade Academy in Vacuo, where she trained to become a Huntress. She and her team later took place in the 40th Annual Vytal Festival Tournament, taking on Team JNPR in a friendly sparring match. Though they lost, they remained in good spirits.

However, when Beacon was attacked by Cinder Fall and the White Fang, May and her team joined the battle to protect the school. May was killed in the battle.

After her death, her one surviving teammate, Nolan Porfirio, felt extreme survivor's guilt, though the other refugees, known as the "Beacon Brigade" helped him to move on.

May appears as a unit in the video game RWBY: Amity Arena. She is a long-range sniper unit that can deal great damage with each shot, while also being far away from most enemy units. Her downside is low health. 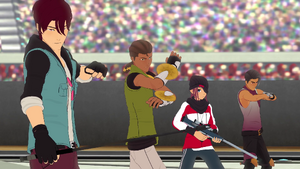 May with the rest of Team BRNZ 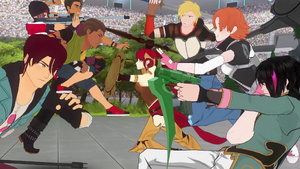 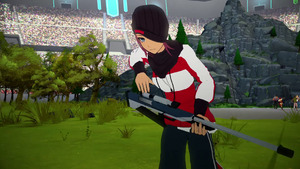 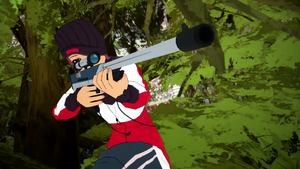 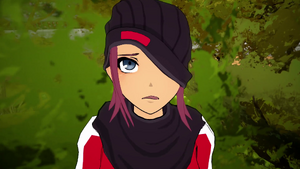 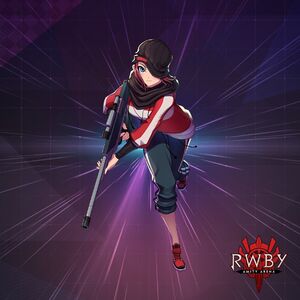 May as she appears in RWBY: Amity Arena.

May card in RWBY: Amity Arena.