Heroes Wiki
Register
Don't have an account?
Sign In
Advertisement
in: Maya the Bee Heroes, Kids, Female,
and 26 more

Have fun in the meadow and have new friends.
Dealing with insects and help them to be friendly.
Defeat predators.
Defeat Stinger and his Wasps.
Help Max find out what noise was in his tunnel.
Help Barry get his glasses out of the ball of propolis.
Help a worm named Philbert find a new fruit to live in.
Help Willy overcome his fears.
Help fix Shelby's shell.
Help Lara not to be jealous (TV Series; all succeeded).
Reunite the Bees and Hornets by save the Queen from Buzzlina (Maya the Bee Movie; succeeded).
Save the hive's honey and compete in the Honey Games by reunite the Empress and the Queen are sisters again (Maya the Bee 2: The Honey Games; succeeded)

Maya The Bee (simply known as Maya) is the main protagonist of Maya the Bee. She is a young 7 year old (later 10 years old) bee with blond hair, yellow and black stripes, and green eyes. Her best friend is Willy, and she is also a bit of a rival of Lara.

She loves freedom, living in the meadow by herself unlike other bees who live in the hive. She is good, fair, happy, and willing to help everybody. She was born in a beehive. At the beginning of the third season Beeswax wanted Maya ejected from the hive, because he was worried that other bees would copy her behavior. The Queen of the hive dissuaded him after Maya saved her teacher Cassandra. Maya is very rambunctious, and this often causes problems. For example, Maya got lost in underground corridors. Her appearance, in contrast to other anime characters, varies. In the first season her head is rounded, but in the second season it is oval. In the third season she is very slim, her head is rounded and she has longer antennae. Although Maya is a bee, she has wasp colors (yellow-black). Maya is the most popular and most influential person on the meadow. Her best friend is Willy and she does not like the spider Thekla. She dislikes predators (including frogs, birds, and bats) and her arch-enemies of Stinger, Deez and Doz, and also Thekla.

Maya is a cute and tomboyish young bee girl who is 7-years-old and who loves freedom but unlike all the other bees, live in the meadow and not in the hive-like everyone else. She's helped out any one of her friends.

Her Relationship with Willy

Maya and Willy's relationship is that the two bees are best friends. There was that one time Maya thought Willy ate most of his pollen before the picnic but Willy didn't and thinks Maya is calling him a liar. But after Maya discovered that Willy's pollen was under a leaf, she tells Willy that she was wrong and they become friends again.

Her Relationship with Violet

Maya and Violet’s relationship is that the two bees are best friends after she saved her from Thekla and reforms herself by apologizes to Maya for bullying and for cheating. She is helped by Violet and her team to win the final challenge of the Honey Games and Violet believes that Maya’s team saved her lives so they deserve to win. At the after-party, Maya and Violet are dancing together with Willy.

In the TV series

Maya The Bee: The Movie

Maya The Bee 2: The Honey Games

Maya The Bee 3: The Golden Orb 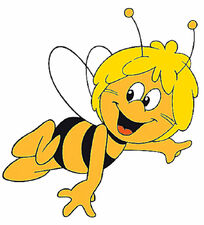 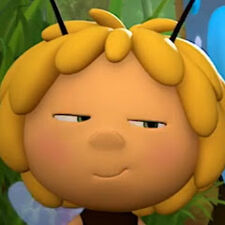 Maya gets kicked out from the Honey Games by Beegood for breaking the honey cup when Violet tricks her again.

Maya is finally comes back for the final challenge of the Honey Games after the Empress gives her another second chance.

Maya is ready for the final challenge of the honey game.

Maya saves Violet along with Willy.

Maya and Team Poppy are befriends Violet and Team Tropolis.