Wild woman of the Mirinoi
Member of the Galaxy Rangers

Defeat Trakeena and all supervillains (succeeded).

Protect the Mirinoi from evil threats.

Maya is a wild woman from the jungle planet Mirinoi and Galaxy Yellow of the Galaxy Rangers. She is also Damon Henderson's wife and a major character of Power Rangers Lost Galaxy.

Maya is from a mystical tribe that once thrived on the distant planet of Mirinoi, which was turned to stone by Scorpius. Her wild spirit is in tune with the great outdoors: she can communicate with the Galactabeasts, and she will do whatever she can to protect nature. Maya is independent and resourceful, more comfortable in the jungle than in the city, more at ease being alone. Proud to be a Power Ranger, Maya believes they can defeat their archenemy only if they work together as a team.

Prior to the events that took place in Quasar Quest, Maya lead a peaceful life on the planet of Mirinoi. She, like many others in the village (including her childhood friend, Shondra), grew up listening to the wise man, Jera, retell the legend of the Quasar Sabers, placed in the stone altar 3000 years ago.

As a child, Maya attempted pull the Pink Quasar Saber from the stone to no avail.

In the present day of 1999, the planet was attacked by Furio, Scorpius' general, in an attempt to gain possession of the Sabers. An adult Maya fled from her village with the rest of her people perused by Stingwingers.

She was eventually chased through a portal that lead her to practice moon where she encountered Kai Chen, Kendrix Morgan, Mike and Leo Corbett, citizens of the space colony Terra Venture. 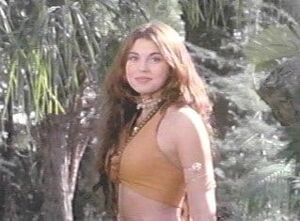 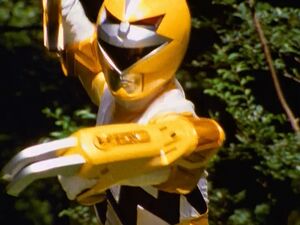