Help Phoenix anyway she can.

Maya Fey is a character from the Ace Attorney franchise. She is a medium-in-training who made her debut in Phoenix Wright: Ace Attorney.

After Phoenix Wright defends her from charges of murdering her older sister Mia in the second episode of the first game, she stays on with Phoenix to assist in investigation and proceedings of his cases. She returns in both Justice For All and Trials and Tribulations as Phoenix's assistant.

In the second episode of Justice for All, she is accused of murder once again but is also once again defended by Wright. Maya also worked briefly as a waitress and was called as a witness in the third episode and the fifth episode of Trials and Tribulations, respectively.

In Phoenix Wright: Ace Attorney: Spirit of Justice, she comes back after a two-game absence and is now 28 years old. She has traveled to the Kingdom of Khura'in to train her spiritual abilities. During a ceremony called the Rite of Purification, Tahrust Inmee, the priest she was to perform the ritual with, was found dead, and Maya was accused of killing him, as well as another person when a second dead body was discovered later on, but Wright was able to get her acquitted yet again.

Maya makes an appearance as a playable character in the Epic Crossover, Project X Zone 2. She is paired up with Phoenix Wright.

Alongside with Phoenix Wright, Hershel Layton and Luke Triton they joined forces to solve the case of Witch Trials in Labyrinth City and save a young girl named Espella Cantabella from accusation of witchcraft. 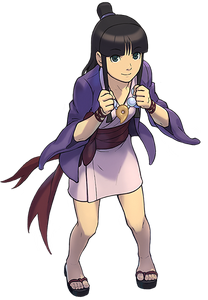 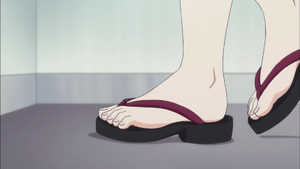