Love Shido and protect the reality from Kerubiel. (succeeded)

Mayuri is a new non-canon Spirit in Date A Live, she is the main titular female protagonist and an exclusive character from Date A Live Film: Mayuri Judgement. She is also the main protagonist in the Mayuri SS light novel.

She was voiced by Sora Amamiya.

A character exclusive to the feature film Date A Live Movie: Mayuri Judgement, Mayuri is a spirit born from energy unconsciously emitted by Tohka, Yoshino, Kotori, Kaguya, Yuzuru, and Miku due to their jealousy over Shido, which gathers into a massive sphere of energy that only Shido himself, and for some reason Kurumi were able to detect. Once knowing the source of the energy, Kotori decides that Shido must have an individual date with each of the girls in order to get them satisfied enough for the sphere to disappear. During the dates, Shido has a few glimpses of Mayuri watching over him, but after she finally makes contact with him, the sphere reveals itself as Mayuri's angel, which traps her. Shido and his friends join forces to defeat the angel and rescue Mayuri, but when she finally kisses him, sealing her powers, Mayuri disappears without a trace, as she lacks a physical body, much to Shido and the others' sadness.

Her Angel is Kerubiel, first manifesting itself as a massive sphere of energy, later converting itself as a massive cage that restrains Mayuri, and ultimately into a lance that fires a massive blast of energy, strong enough to handle the attacks of Shido's six spirits at once, as it was created from their residual energy combined. It could only be damaged by Tohka after the other spirits shared their energy with her to give her more power. It was only stopped with its energy source cut after Mayuri sealed herself by kissing Shido, even knowing that it would bring an end to her existence as well.

Mayuri is a young, beautiful girl with long blond hair and deep pink eyes. She's usually seen wearing a white sailor uniform. She also wears decorative gold earrings with a small pink and blue sphere attached to the accessory, with the later sphere changing color depending on the condition of her angel.

In her Spirit form, she gains an Astral Dress that takes the appearance of a short black dress with a slit in her chest and stomach. She also gains black gloves and gold gauntlets on her legs. On her back, she has a pair angelic wings alongside four large transparent wings. Additionally, she has a smaller pair of wings attached to her ears as extensions.

Mayuri is a calm girl that rarely shows her emotions. She usually follows Shido around to observe his dates with the Spirits; to fulfill her and her Angel's goal. During the beginning, Mayuri did not seem to bother about the fact that she would eventually disappear. However, after seeing Shido go on a date with each of the Spirits he had sealed, she developed the desire of wanting to live and not disappear, along with the feeling of jealousy which she unconsciously develops that later prompts Kerubiel to go berserk. 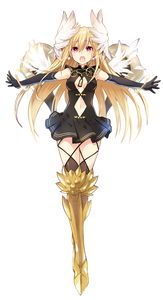 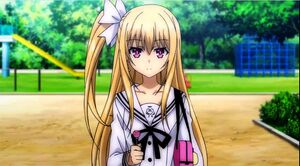 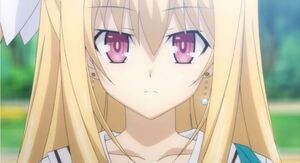 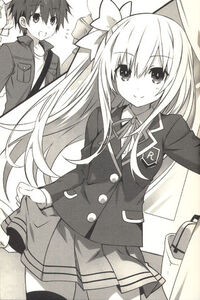 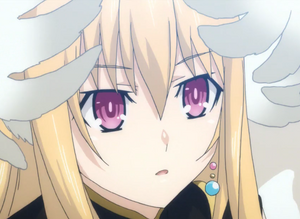 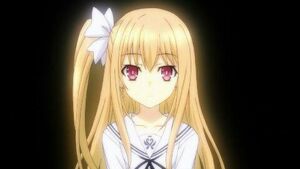 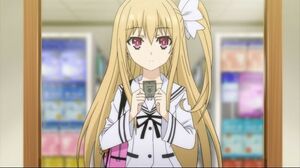 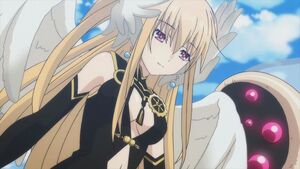 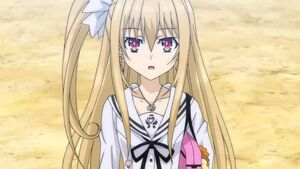 Retrieved from "https://hero.fandom.com/wiki/Mayuri_(Date_A_Live)?oldid=1953284"
Community content is available under CC-BY-SA unless otherwise noted.