Mayuri Shiina is the tritagonist of the visual novel and anime series Steins;Gate, and its sequel Steins'Gate 0. She is the childhood friend of Rintarou Okabe and the second lab member to join the Future Gadget Laboratory. She is a kind-hearted innocent girl who doesn't understand much about the pursuits of the lab on time travel yet has her own moments of unusual perceptiveness. Her nickname is Mayushii and works part-time at Faris Nyannyan's maid cafe, the Maid Queen NyanNyan as Mayushii NyanNyan. She likes to knit cosplay outfits which she usually forces Ruka Urushibara to wear. The series revolves on Okabe trying to save Mayuri from death due to the consequences of the D-mail.

Mayuri is a short girl with short black hair and gray pupils. Her hair forms fringes that sweep from either side. Mayuri's eyebrows are noticeably thick.

Mayuri's outfit is simple and comfortable, consisting of a light blue one-piece dress and a hat of the same color. She also wears leggings underneath her clothing.

When she attends to her work in May Queen Nyan-nyan, she wears a blonde wig tied into a long ponytail.

Mayuri possesses an extremely childish and naïve attitude for her age. While this may have something to do with her inability to accept the death of her grandmother when she was young, Okabe states at one point that she's always been a little bit different, though he never goes into any detail beyond this. Despite this, Kurisu considers her to be 'normal', at least in comparison to Okabe. Mayuri has a great fondness for cute things like Upa cushions, and likes to give cute nicknames to familiar people, like Okabe (Okarin), even referring to herself as Mayushii.

Mayuru is one of the less intelligent members of the lab, often misunderstanding or misphrasing information she overhears from Okabe or Kurisu, though at certain times her responses can be quite helpful. She is also the one with the "clearest eyes" because she knew from the start that no good can come from Okarin's time traveling experiments (said by Okabe Rintarou while he was crying next to Kurisu about his inability to help Mayuri escape death on Friday the 13th). Mayuri also does not question Daru's perverted comments and mannerisms, or is not in any way offended by them (though this is likely because she does not interpret them as such.

Despite being socially inept, she is also responsible for Rintarou's well-being, usually tending to his needs most of the time. She's also very attentive to details, often noticing things about people that others would miss. She figured out Suzuha Amane is Itaru Hashida's daughter through the details on the Time Machine and from Daru's daily habits, suggesting a degree of skills in observation and problem-solving. 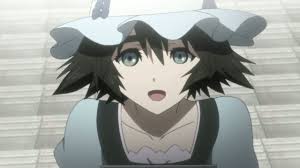 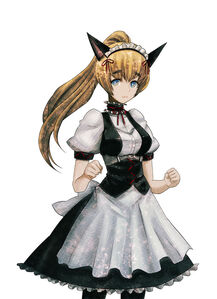 Mayuri in her maid outfit 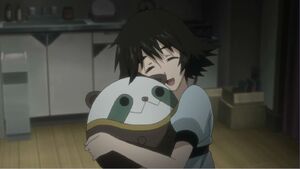 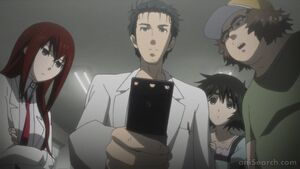 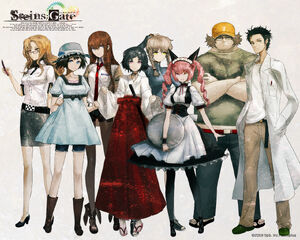 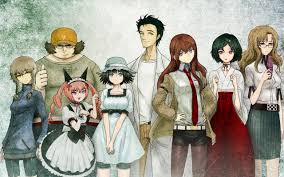 Add a photo to this gallery
Retrieved from "https://hero.fandom.com/wiki/Mayuri_Shiina?oldid=1783323"
Community content is available under CC-BY-SA unless otherwise noted.