Help her friends and the Resistance.
Encourage Rey to follow her destiny and let go of her past.

She was portrayed by Lupita Nyong'o, who also portrayed Nakia in Black Panther, and Raksha in The Jungle Book.

She is a wise, small elderly space pirate who runs a cantina in a castle with a firm and even hand. Her origins are a mystery, but she serves a part in helping the protagonist, Rey, and her friends on their journey.

Maz is first introduced when Rey, Finn, Han Solo, and Chewbacca go to her castle to find a way to bring the droid BB-8 to safety from the wicked First Order. Maz, concerned for their safety, tells them to go home but she reluctantly aids them. She sees in Finn's eyes that he is trying to hide from his origins as a stormtrooper.

When Rey discovers the Skywalker's long-lost lightsaber, Maz sees that Rey has saw a vision and that the saber was calling to her. Maz tells Rey that she sees the truth about her in her eyes: that the ones she is waiting in Jakku would never come back, but someone in the future might would, and that the belonging she is seeking is ahead, not in the past. She then tries to give the saber to Rey, but she refuses it and leaves.

She later reveals that she has been keeping the lightsaber safe for thirty years since the Rebellion's triumph over the Empire, but she never reveals how did she obtained the saber. She gives it to Finn when the First Order is the attacking Takodana.

As for Maz, she helps our heroes escape and manages to escape herself alive.

Maz directs Finn and Rose Tico to the Codebreaker on Canto Bight.

Maz is seen at the Resistance base during this movie. When they receive a broadcast message from the late Emperor Palpatine threatening revenge, Maz proposes that if they want to stop him, they will need to find his location, Exegol.

When Organa decides to reach out to her son that is dueling Rey in the Death Star ruins, Maz knows what Leia needs to do to save him. After Leia manages to use the last of her energy to reach her son and Rey, she dies and a funeral is held for the late Alderaan princess where Maz sadly looks upon her dead body and bids her farewell.

Later, Maz sees Leia's body become one with the Force (at the same time Ben Solo vanishes at Exegol due to transferring his life force to revive Rey). Upon seeing this, Maz smiles, knowing that Leia is now at peace. During the Resistance's celebration after the First Order and Palpatine's defeats, Maz presents Chewbacca with Han Solo's Medal of Bravery which he earned after the Battle of Yavin as she knows that Han would want his friend to have it. 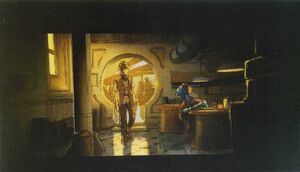 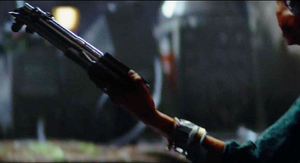 Maz's final appearance differs greatly from her concept art, in which she has big black eyes and orange skin.

Maz Kanata hands Leia Organa Luke Skywalker's lightsaber shortly after the destruction of her castle by Captain Phasma and her First Order Stormtroopers.

Kanata gives the lighsaber to Finn. 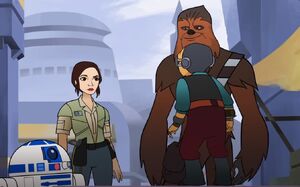 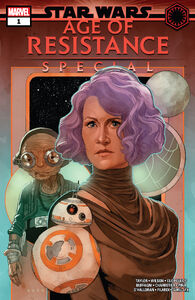 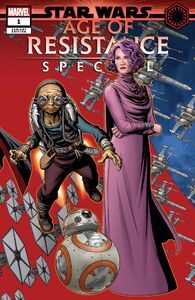 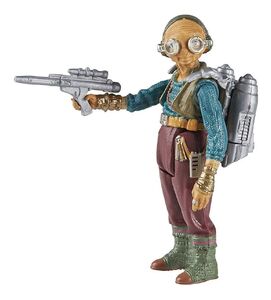 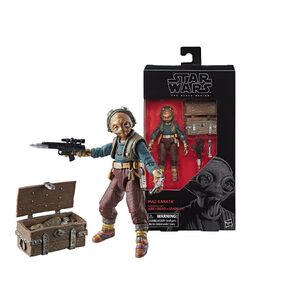 Retrieved from "https://hero.fandom.com/wiki/Maz_Kanata?oldid=2132558"
Community content is available under CC-BY-SA unless otherwise noted.