Consuming all living beings making them one with Nanometal

Mechagodzilla was made by the Bilusaludo, who, along with the Exif, are alien allies of mankind, under the command of the United Earth. Unfortunetely, Mechagodzilla failed to activate as Godzilla approached the facility containing it. With the United Earth's conventional forces unable to hold him off, Godzilla destroyed the facility with his Atomic Breath, however Mechagodzilla's head survived the attack with its A.I. remaining active for the next 20,000 years and its Nanometal continued evolving and expanding over its surrounding area as the machine continued pursuing its directive to destroy Godzilla, gradually forming a replica of its production facility.

GODZILLA: City on the Edge of Battle

Galu Gu, a Bilusaludo, is overjoyed when he finds that the Houtua people’s spears are actually made of Nanometal, which was used to make Mechagodzilla. This means that the facility is operational, and they can rebuild their massive mechanical monster to give him a chance at revenge. A large company of United Earth forces traveled to the former location of the Mechagodzilla facility at the foot of Mt. Fuji.

On the way there, the group were attacked by flying-type Servum, which were then impaled by Nanometal spikes that erupted from the ground, after which their dead bodies were absorbed by Nanometal. In a crater below, the group saw the source of the Nanometal spikes, a replica of Mechagodzilla's construction facility built entirely from Nanometal. Galu-Gu and Belu-Be realized that Mechagodzilla had somehow survived the facility's destruction in 2046 and its Nanometal had expanded and built this new facility in the intervening years, which they dubbed "Mechagodzilla City."

As Mechagodzilla City made preparations for the battle, it ceased dispersing the fog that concealed it, alerting Godzilla Earth to its location. After seeing and realizing that his Atomic Breath was ineffective against the city, Godzilla Earth proceeded to approach the area, only to be intercepted by three Vultures, new mechs modified from the old Powered Suits using Mechagodzilla's technology and piloted by Haruo, Yuko and Belu-Be. The three lured Godzilla into a trap point outside of the city, once reached the ground underneath the monster detonated and he fell into a trench that lead to a capture point. Upon reaching the second destination, the area was sealed off and flooded with liquid Nanometal which hardened and trapped Godzilla. Godzilla then deployed his shield in response to getting bombarded by Mechagodzilla City's cannons.

Inside the city's control room, the operators waited until his shield temporally collapsed, then impaled his dorsal plates with two EMP Harpoons disabling his shield. The EMP Harpoons then discharged electromagnetic energy into Godzilla Earth, but the Monster King converted the excess energy into heat which exceeded 1,000 degrees Celsius, threatening the Vulture pilots as well as the soldiers inside Mechagodzilla City's control room.

Desperate to truly destroy Godzilla Earth, Galu-Gu Nanometalized himself and the other Bilusaludo, while Martin Lazzari and the majority of the humans fled in horror. Belu-Be told Haruo that they can only defeat Godzilla Earth now by allowing themselves to become one with the Vultures' Nanometal, then fly to the tropopause and plummet down onto the monster. Haruo and Yuko resisted the Nanometalization, with Haruo proving immune to it due to the scales Miana had healed him with earlier. As Haruo tried to rescue Yuko, he was contacted by Metphies, who warned him that Mechagodzilla City will continue to expand and assimilate the entire planet with Nanometal if not stopped now. Torn by his desire to destroy Godzilla and his responsibility to preserve humanity, Haruo chose to stop Mechagodzilla City and opened fire at the control room with the Vulture's cannon, killing Galu-Gu and disabling the city's Nanometal. Belu-Be's Vulture crashed into the control room as well, destroying a large portion of the city in the explosion. Now freed from the Nanometal that trapped him, Godzilla Earth began channeling a large amount of electromagnetic energy and unleashed two blasts of his Atomic Breath, which destroyed the rest of Mechagodzilla City. 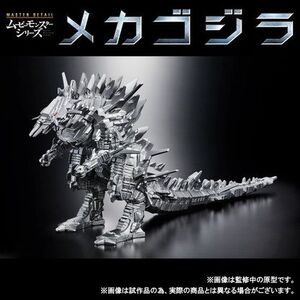 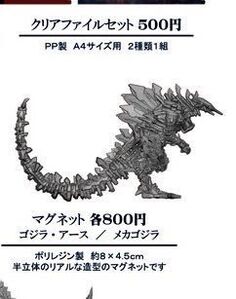 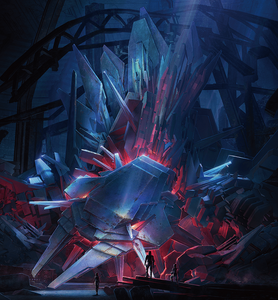 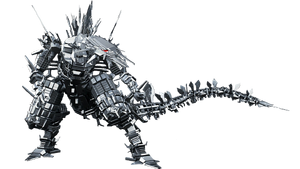 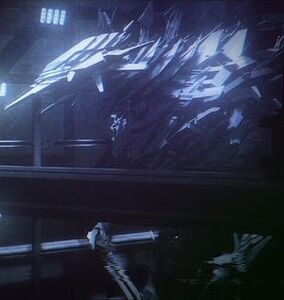 Mechagodzilla City.
Add a photo to this gallery
Retrieved from "https://hero.fandom.com/wiki/Mechagodzilla_(Anime)?oldid=2122000"
Community content is available under CC-BY-SA unless otherwise noted.