Being with Black Bolt

Queen Medusalith Amaquelin-Boltagon, also known as Medusa is a fictional character and villain turned anti-heroine from the Marvel comics and universe, appearing as a major character in the Inhumans comics.

She is an Inhuman who's gift is the ability to manipulate her hair, and is close to her cousin Black Bolt and her younger sister Crystal. When the Trikon revolved, Medusa battled him and loss her memory after crashing her sky sled, and joined the Frightful Four under the leadership of the Wizard. Though originally an antagonist to the Fantastic Four, she would regain her memories, return to the Inhumans, and redeemed herself.

She was created by the late Stan Lee and the late Jack Kirby, and first appeared in Fantastic Four #36.

Medusalith "Medusa" Amaquelin was born on Attilan Island in the Atlantic Ocean, and was the first of two children born to Quelin and Ambur, two Inhuman nutritionists. Quelin and Ambur elected to expose Medusa to the Terrigen Mist when she was an infant, which endowed her with hair she could animate, and give her enhanced metabolism. Medusa would later have a younger sister named Crystalia Amaquelin, better known as Crystal. When she was young, Medusa developed a close bond with her second cousin, Black Bolt, that later blossomed into love when he was allowed out of his cell at the age of eighteen.

When the Alpha Primitive worker race revolted, Medusa battled the Trikon, the leader of the worker race. Her sky sled crash in the battle, and she became amnesiac, and wandered until the Wizard found her on a Mediterranean Island. The Wizard was creating a group of supervillains to be an evil version of the Fantastic Four, he decided to recruit Medusa into his team - the Frightful Four. Medusa and the team attempted to defeat the Fantastic Four, but failed numerous times, but their actions caught the attention of the Inhumans.

Her cousin Gorgon appeared and chased her along with the Human Torch, but the fight between them awakened Dragon Man. The Dragon Man associated Medusa with Invisible Woman, who had previously been kind to him. He protected Medusa against Gorgon and the Fantastic Four, but Gorgon was able capture Medusa due to the Dragon Man later capturing the Invisible Woman.

She met with the Inhumans and helped them fight against the Fantastic Four, who had arrived to save the Human Torch. The Human Torch fell in love with Crystal, who revealed that Triton had been captured by the Seeker, Medusa gathered her family and teleported to Attilan by using Lockjaw. Once there, Maximus gloats over his theft of the crown, due to Black Bolt's losing his voice. Black Bolt wasn't impress with his brother gloating, and snatched the crown from Maximus and reclaim his place as the leader of the Inhumans.

The Fantastic Four then arrived and Maximus fired his atom-gun, trying to destroy humanity, but the machine didn't work. Medusa realized that it proved that Inhumans and humans were the same race and that all humans weren't evil, much to Maximus' anger. He proceeded to reverse the machine, creating a Negative Zone around Attilan that rapped the Inhumans within the refuge. The Fantastic Four barely escaped, and Black Bolt was forced to use his powerful voice to destroy the barrier surrounding Attilan.

Medusa was sent to study human society by the Council of Elders, and her ego led her into conflict with Spider-Man. She was captured by Maximus, but was rescued by Black Bolt by using his powerful to free her. Later on, she left Attilan on her own to attempt to restore Black Bolt's vocal cords, and later became a member of the Lady Liberators under the influence of Enchantress. When the Invisible Woman left the Fantastic Four, Medusa took her place, but she later left the team after encouraging Mr. Fantastic to reconcile with his wife. 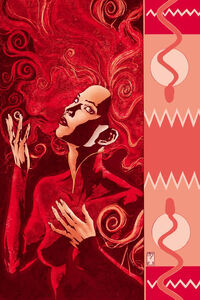 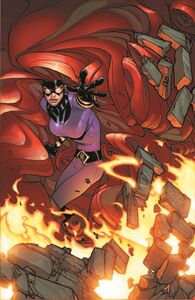 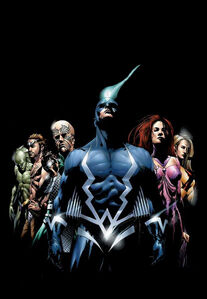 Medusa with the Inhuman Royal Family (House of Agon). 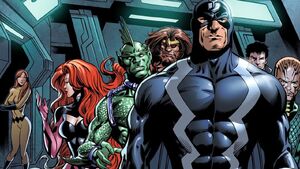 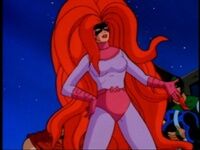 Medusa in the 1994 Fantastic Four cartoon. 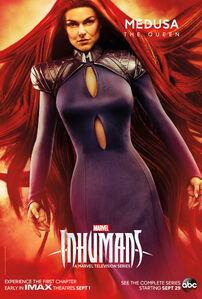 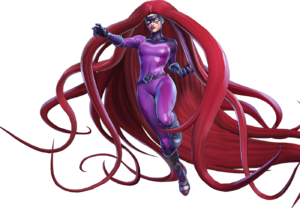