Megumi Aino is the main protagonist on Happiness Charge Pretty Cure!. She is a 14 year old girl, who is always energetic.

Megumi's alter ago is Cure Lovely, and her Form Changes are Cherry Flamenco and Lollipop Hip Hop. Her third form is Innocent Form, and her true form is Forever Lovely.

She was voiced by Megumi Nakajima in the Japanese version of the anime.

Energetic and smiling and and full of grace, she is popular with everyone. She is very helpful and whenever someone is in trouble or feels depressed, she cannot help but get involved. She is positive whatever happens, and with the strength of heart and will to give everything she can always overcome it. She is pretty much interested in fashion and admires it, but her own sense of fashion is rather numb.

As a civilian, Megumi has dark pink hair styled in a ponytail and scarlet eyes.

As Cure Lovely, her hair becomes longer, changes to a brighter shade of pink, and remains in a ponytail. On the left side of her head is a pink heart-shaped barette with light pink ribbons. Her main outfit consists of a light pink/white top with puffy sleeves with gold lining the ends of the sleeves. She also wears a dark gray vest also lined in gold with a pink collar. There are light pink ruffles at the bottom and on the neckline. On her chest is a pink and white bow with a gold heart-shaped brooch. A light pink winglike bow is in the back. Her skirt is pink with some light pink ruffles lining it. She has white arm warmers around her arms and long white boots decorated with a pink bow on the side of the ankle and light pink heart-shaped earrings. Around her left wrist is her LovePreBrace and the PreChanMirror hangs from her right hip.

In her Lollipop HipHop form, her hair changes into twintails and a big green bow with a gold star in the middle appears on her head. She wears a green top with a short-sleeved yellow and pink jacket that looks halfway zipped up. She also wears a yellow, green and light yellow-layered skirt. On her feet are long black socks/stockings as well as one long yellow boot on her right leg and one short yellow boot with a pink and green cuff. She also has a yellow choker around her neck and green star-shaped earrings.

In her Cherry Flamenco form, she wears a red top with a black top underneath. The sleeves are ruffled and there are also ruffles along the front with a red, pink and black heart-like decoration at the bottom.The skirt is flowing and lined in pink with a shorter black skirt underneath it. There is a giant rose on the left hip. For accessories, her hair is once again in a ponytail tied with a black ribbon and a rose. There is red cloth around the lower part of her arms. Lastly, she has black high-heeled shoes with a ribbon on the front of each. 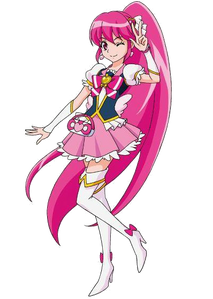 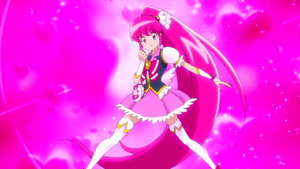 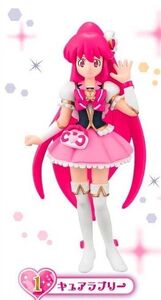 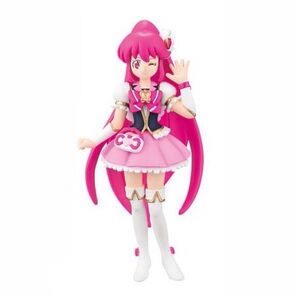 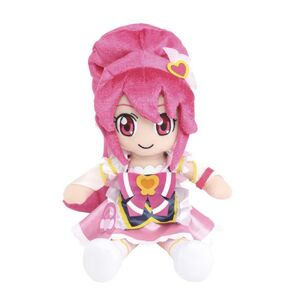 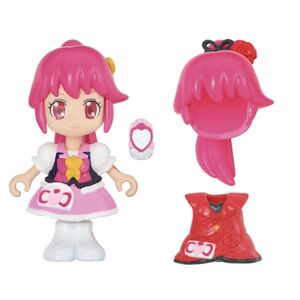 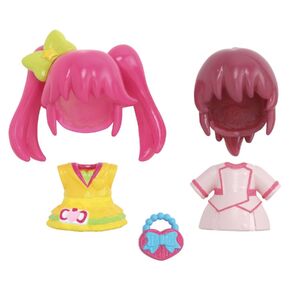 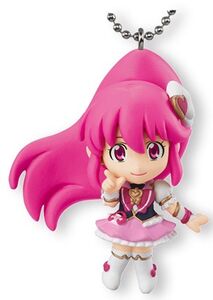 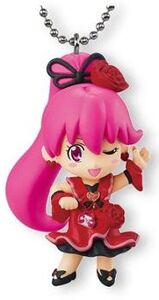 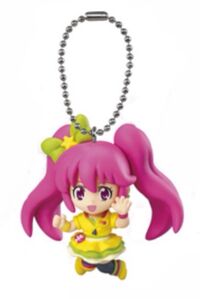 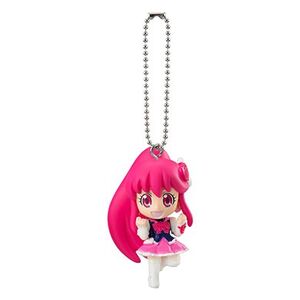 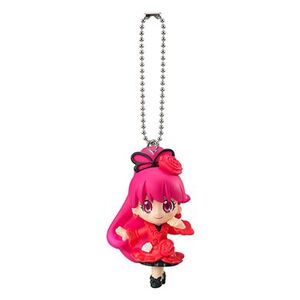 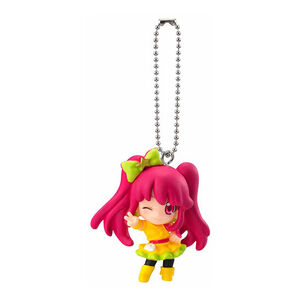 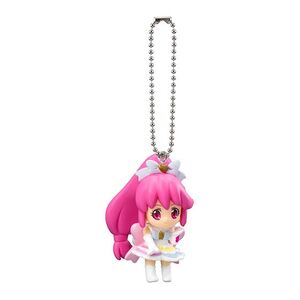 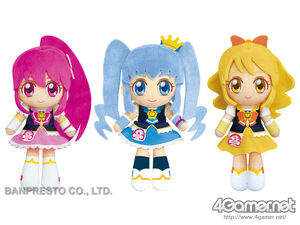