She was a Chinese-American data analyst who served on Solid Snake's radio support team during the Shadow Moses Incident. Afterwards, she joined Philanthropy, an anti-Metal Gear organization, and assisted Snake in secret by providing stolen military equipment. Years later, Mei Ling became Captain of the museum-turned-training vessel USS Missouri, commanding it in battle at the time of Liquid Ocelot's Insurrection.

Mei Ling is the right-hand of Snake's Mission Control team. Likewise, she is a teenage prodigy and tech wiz who developed the Soliton Radar and Codec. She frequently quotes proverbs to lift Snake's spirits up. Mei later becomes a Naval officer in the fourth game.

In Super Smash Bros. Brawl, Mei Ling appears in Snake's codec conversations taunt in the shadow moses island stage, she also appears as an sticker that increases the user's hand and foot attacks. In Super Smash Bros. Ultimate, Mei Ling appears as an novice-ranked support spirit that increases the user's resistance of energy-shoots. Her spirit battle is against Wii Fit Trainer and Snake on the battlefield form of Midgar covered in fog. Only Wii Fit Trainer has to be defeated to win. 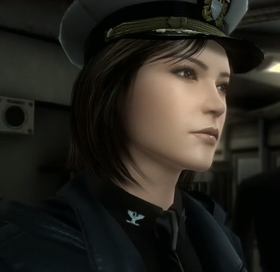 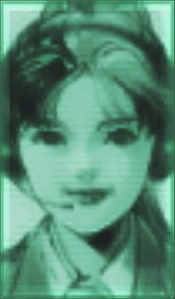