Searching for a man to marry

Aquatic Hero
Mei Terumī (照美メイ, Terumī Mei) is one of the supporting characters of the Naruto franchise. She is the Fifth Mizukage (五代目水影, Godaime Mizukage; Literally meaning "Fifth Water Shadow") of Kirigakure. She became Mizukage in recent years, after the dreadful reign of Yagura ended, and has worked tirelessly to recreate diplomatic relations with other villages, as well as reform internal policies.

She is voiced by Mary Elizabeth McGlynn.

Mei is generally a kind and cheerful person, speaking well of others and attempting to avoid conflict. Mei proved to be more open-minded than the other Kage, as she had shown respect and was willing to listen to Gaara, at one point even defending him from the Tsuchikage's disrespectful behaviour, and later showing admiration for Gaara after seeing how pure-hearted he was. Mei also can be very flirtatious, as she remarked to Sasuke Uchiha that he was good looking, and expressed regret that she must kill someone so handsome, but would give him a kiss before that. She is also shown to be quite respectful to others despite her status as a Kage. She often ends her sentences with "kudasai", which translates roughly to "please" and refers to all her fellow Kage with the suffic "-sama", which translates to "Lord" ("Lady" if the person is female). She also stated to Madara that though she liked when men complimented her, she would hold off in his case.

Befitting her role as the village's leader, Mei cares about the welfare and history of Kirigakure. Under the belief that Yagura, her predecessor, had been manipulated by Tobi using genjutsu, she was prepared to fight Danzō Shimura, who also possessed a Sharingan which could cast a similar genjutsu. Though Mei is courageous and calm in battle, she is not above realising her or any one else's limitations as seen from her open acknowledgement that it seems as though Madara could not be stopped. Despite usually being quite fearless and determined in battle, she possesses a pessimistic outlook against stronger opponents as witnessed during her battle with Madara; though she felt they were fighting a losing battle and voiced the fact that their efforts seemed futile, this did not ultimately prevent her from fighting alongside her comrades. 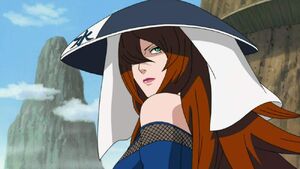 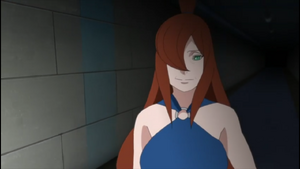 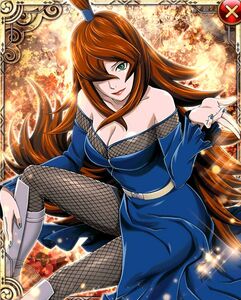 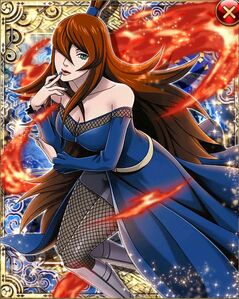 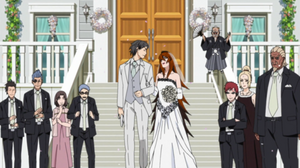 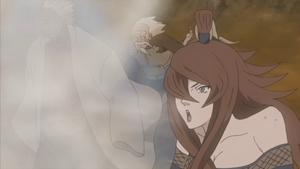 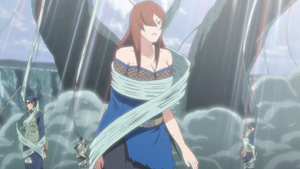 Mei caught in the Infinite Tsukuyomi.
Add a photo to this gallery

Retrieved from "https://hero.fandom.com/wiki/Mei_Terum%C4%AB?oldid=1835518"
Community content is available under CC-BY-SA unless otherwise noted.