Playing with her friends.

Bring the Super Peace Busters together.

Menma is one of the main protagonists of Anohana: The Flower We Saw That Day. After her death, her friends seperated away, and slowly disbanded. But when she returned to Jintan as a ghost like figure, they slowly find thier way back together, and try to return her to the afterlife.

During her childhood, Meiko appears as a small 5-year old little girl with long, straight, silver hair that reaches past her shoulders with her bangs cut fringed on top of her forehead. Her eyes are light blue and wide, making her look like a cheerful and innocent little girl.

Her appearance that she could have had if she lived is almost identical to her childhood appearance. She wears a tiered white dress, fastened with a blue bow. Her dress is often described in the anime as "a white one piece with a blue ribbon". Since she's a spirit, she always goes barefoot unlike her past self, who always wore simple sandals on her feet. In her older version her hair is about waist-length. Her skin is the palest among the other characters. Unlike her childhood friends, she still has not grown fully yet and has quite the same personality like when she was five. She is very skinny and very short.

Menma is a very cheerful girl with a very air-headed nature. She's kind and often worries about others before herself, especially when it comes to Jinta. She is extremely childish (although this may partially be down to the fact she died during the childhood and has only recently been 'resurrected'). Menma's favorite food was curry.

Although throughout the series she is surrounded by her friends, she does often get very lonely and upset easily, especially when she visits her family and realizes she no longer belongs to them, nor does she have a home. Also, due to the fact, only Jinta can see her, she can communicate with the others in the group using her notebook, and only her notebook, although Menma does wish to be able to talk to the other members. Despite being "dead", she is a very positive, energetic and lively girl. According to Jinta, she is quite selfless and cries very often for others when they are hurt or upset, but not for herself. Jinta calls her "the beast of the summer" as he relates her to being a manifestation of his stress instead of a ghost girl.

On some particular day in their hideout, Naruko asked Jinta if he liked Menma. With this question he felt embarrassed and acted impulsively, calling Menma "ugly" and ran out. Instead of crying, Menma smiled and chased the embarrassed Jinta. It was never actually shown what happened to Menma, but the anime indicates that she slipped and fell while chasing Jinta and drowned in a river nearby and sadly, they couldn't be able to save her in time.

Several years later, she appears before Jinta on a summer day. Although she is aware of her death, Meiko is talkative and lively. She greatly values the childhood memories and friendships she once shared with the others, but has very few memories other than recollections of her friends and family, including that she had once made a request to Jinta.

When she appears to Jinta, she has aged somewhat, but still retains childlike speech patterns and tendencies. She is also clothed in the dress she was wearing the day that she died. Though only Jinta has the ability to see or hear her, Meiko appears to be able to interact with the world around her: opening doors, cooking food, eating, and even playing video games, with many of these activities shown in scenes without Jinta present.

Characters that she embraces often feel that the air is heavier. She held Jinta in special regard when she was alive and still worries about his current state. The others call her by her childhood nickname 'Menma', and she similarly refers to the Super Peace Busters by their childhood nicknames. Jinta has stated that she is selfless, only crying when others are hurt.

Meiko holds no grudges towards her friends for the accident and hopes to pass on so that she can be reincarnated and once again live in the same world as her friends.

She has feelings for Jinta and even when she returned as a ghost, still held those feelings. In the last episode, she states that her kind of "love" was the love where she wanted to marry him.

It is later revealed that Menma came back in order to fulfill the wish of Jinta's mother to teach Jinta how to cry. 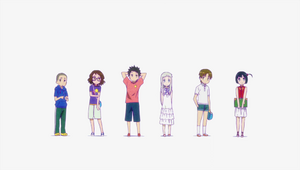 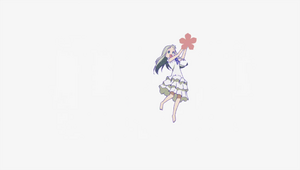 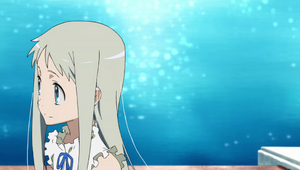 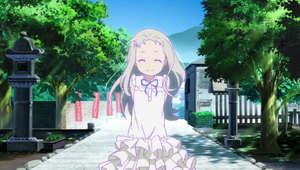 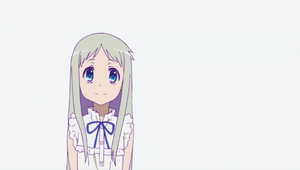 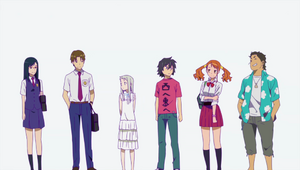 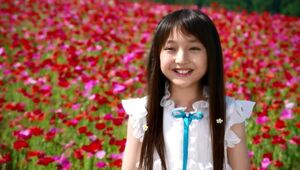 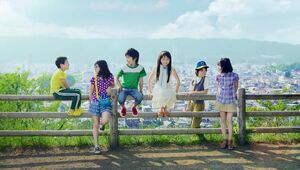 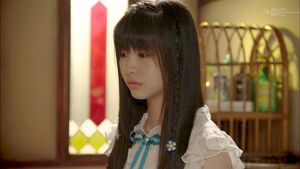 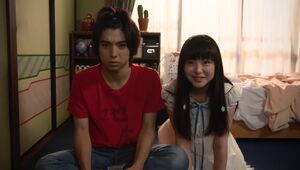 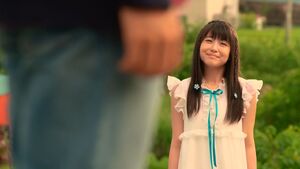 Add a photo to this gallery
Retrieved from "https://hero.fandom.com/wiki/Meiko_%22Menma%22_Honma?oldid=2283095"
Community content is available under CC-BY-SA unless otherwise noted.