Going back to sleep for the fifth time.

Fighter
Meitenkun is a hero in The King of Fighters XIV.

Meitenkun is a sleepy young fighter who is always seen holding a pillow. Along with Shun'ei, he trained under Tung Fu Rue. He helps Shun'ei against Verse.

Meitenkun is a heavy sleeper who is very carefree and calm. He rarely exerts himself, often preferring to nap instead. Tung and Shun'ei consider him an exceptional fighter, but their praise doesn't appear to go to his head. Whether this is due to cockiness or laziness is unknown; not much phases his relaxed exterior.

Despite his behavior, he cares deeply for his master and best friend. While he's a brilliant strong fighter and often wins, as Shun'ei notes after losing to Meitenkun many times. 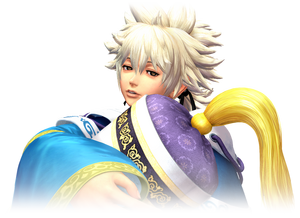 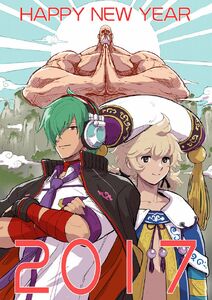 The King of Fighters XIV: Happy New Year.
Add a photo to this gallery

Retrieved from "https://hero.fandom.com/wiki/Meitenkun?oldid=1766352"
Community content is available under CC-BY-SA unless otherwise noted.