Menat is a heroine from the Street Fighter series, first appearing in the second DLC season of Street Fighter V. She is a young Egyptian fortune teller residing in the Palazzo Mistero in Italy and the Soul Power-wielding apprentice of Rose.

Menat, known as "The Eyes of the Future", is an Egyptian fortune teller with mystical abilities. She first appears in Ed's Street Fighter V  storyline where she warns Ed about his fate, and tells him that he and someone else ( Balrog) would come across hard times. After fighting Ed, Menat warns him once more about his fate before disappearing. She later meets Oro and tries to warn him about her predictions (which he already knew about). Afterwards, her crystal ball glows, showing M. Bison. She is confronted by lower ranked Shadaloo soldiers and Aprile. After she defeats them in annoyance, she warns them about Bison's fate before escaping. Menat is the apprentice of Rose, as she also wields Soul Power.

Menat excels at long-range fighting by using her crystal ball. Menat can trip up her opponents by placing the crystal ball on the screen with Soul Sphere, and then recalling it back to her using Soul Sphere: Ankh. 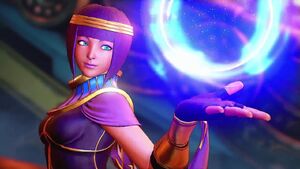 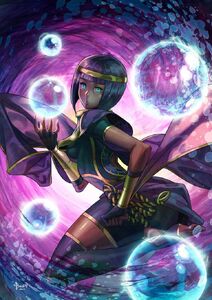 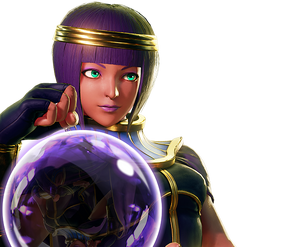 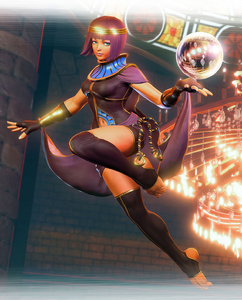 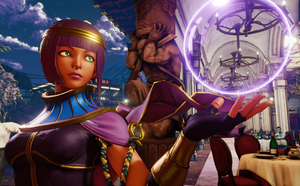 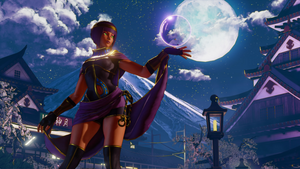 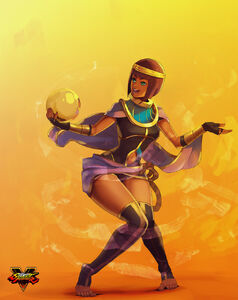