Being with Rita (formerly)

To stop the Brotherhood of Evil from conquering the world.

Steven "Steve" Dayton, also known as Mento is a superhero in DC comics and is a wealthy man and adventurer. He use his wealth to build a helmet that enhances his mental powers such as telepathy and telekinesis. Mento is also the adopted father of Beast Boy.

He was created by Arnold Drake and Bruno Premiani, and first appeared in Doom Patrol # 91 in November of 1964.

Mento and his teammates Elasti-Girl, Robot Man, and Negative Man, have continued to thwart the evil plans of The Brain and his Brotherhood of Evil from time to time. Before Beast Boy became a Teen Titan, Mento put him through the hoops and never fully regarded Beast Boy as a core member of the Doom Patrol. Their relationship was uneasy because of Mento's harsh, critical and inflexible attitude, which was the eventual reason Beast Boy quit the Doom Patrol.

When the Doom Patrol had been captured following their investigation of the Brotherhood's latest scheme, a pre-programmed messenger probe summoned Beast Boy and his new teammates, the Teen Titans, to the scene. Even though they managed to save the Doom Patrol from certain annihilation, Mento berated Beast Boy from letting the Brotherhood get away again, and in order to meet them at full fighting strength, he drafted Beast Boy back into the Patrol's ranks but refused the Titans' assistance, claiming that only the Doom Patrol was qualified enough to deal with them. However, this was what the Brain had anticipated, and in the course of their approach to the Brotherhood's base the Patrol was worn down one by one until only Mento and Beast Boy were left. Beast Boy finally rebelled against Mento's stubbornness, forcing him to reconsider his ways.

As the Doom Patrol's leader, Mento acts as a sort of surrogate father figure to Beast Boy. Unfortunately, this doesn't mean that he has any fondness toward his green protegee, as he openly shows high expectations and is very strict when dealing with him. He seems to value Beast Boy only when his help is needed. Despite this, Beast Boy still shows a measure of reverence towards Mento, even after years of gaining his independence while being with the Teen Titans. This is most likely because Beast Boy still wishes for Mento to appreciate him for what he is.

One of Mento's personal flaws is that he is very arrogant; he initially refuses the Teen Titans' offering of aid simply because he believed that only the Doom Patrol would be able to handle the dangers the Brotherhood of Evil posed. However, he partly seems to refuse the help from the young heroes because he did not want them to be in the danger, recalling to Beast Boy that the sworn oath (to stop the Brotherhood of Evil) of the Doom Patrol should only be limited to the members of the patrol themselves, and that he can't ask the same thing to the Titans.

In combat, Mento tends to be strict and straightforward, determined to get the mission done whatever the cost (this attitude may have softened and end since his first encounter with the Teen Titans and Beast Boy's admonition). Though Mento considers the Doom Patrol his family, he puts completing of missions as the top priority. This rough attitude, however, does not seem to be a problem for the rest of the patrol, as they are more than willing to sacrifice themselves if it means to succeed in their mission.

In battle, Mento wields incredible mental powers that can (through the use of his special helmet) be used as destructive blasts of energy. He is also capable of reading another individual's mind, as well as psychically inducing sleep upon them. Mento is even capable of remotely viewing nearby places and projecting his psionic energy in the form of a small force field to deflect energy and physical assault. Mento is also capable of levitation. 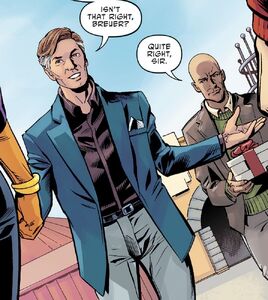 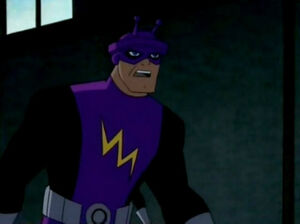 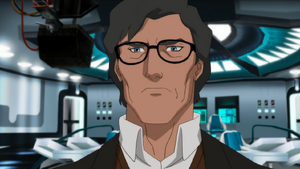 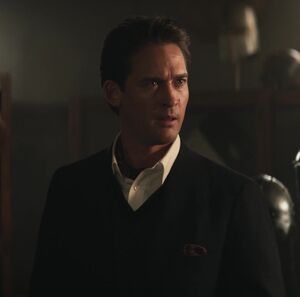 Steve Dayton in Titans and Doom Patrol.
Add a photo to this gallery

Retrieved from "https://hero.fandom.com/wiki/Mento?oldid=2000221"
Community content is available under CC-BY-SA unless otherwise noted.