Mermaid Man is one of the semi-retired superheroes of Bikini Bottom from SpongeBob SquarePants. They are the favorites of SpongeBob and Patrick and both he and Barnacle Boy live in a retirement home doing things retired people do. While being on superhero duty, fighting off villains including Man Ray, The Dirty Bubble, The Atomic Flounder, and his archenemy Prawn.

He was voiced by the late Ernest Borgnine.

Mermaid Man is portrayed as a stereotypically overweight senile elder, and appears to suffer from slight memory loss as he is easily flustered by others' behavior, though this also could be partly credited to his hearing loss. As a young adult, Mermaid Man had a brawny, athletic build, but the elderly Mermaid Man is obese and out of shape. As opposed to his sidekick, Barnacle Boy, he is slightly less cranky and somewhat more tolerant of SpongeBob's ecstatic optimism, but only to a certain extent as SpongeBob's slips or mistakes have triggered serious consequences before in the past, and his partner seems aggravated with Mermaid Man's absentminded tendencies. Despite this, Mermaid Man has maintained some of his abilities as a skilled crime-fighter, though some of them have comically been shifted in a fashion more appropriate with stereotypes commonly associated with his age; however, few of his admirers seem particularly bothered by this. 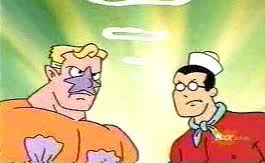 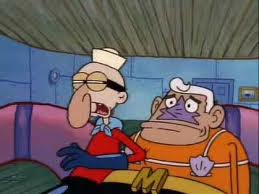 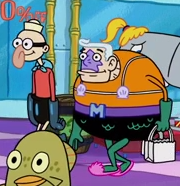 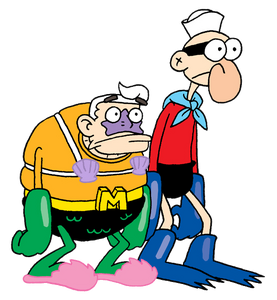 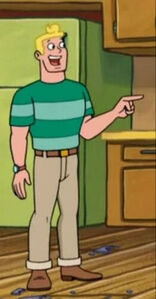