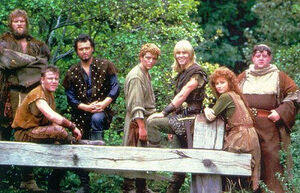 The Merrie Men are the main heroes of the Robin Hood legends, and the several movies, TV shows and other media adapting those legends.

The Merrie Men are Robin Hood (the leader of the team), Little John, Friar Tuck, Will Scarlet, Alan-A-Dale and Maid Marian.

Modern tradition is to add a seventh member to the team, a Saracen. This role has been filled by Azeem, Ahchoo and Djaq.

They preferred weapons are bows and arrows, but they are expert swordsmen, and Friar Tuck and Little John are experts at using quarterstaffs as weapons. 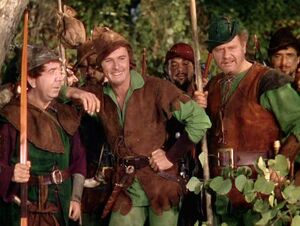 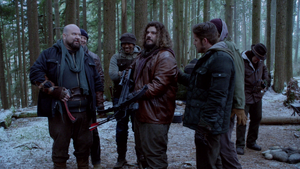 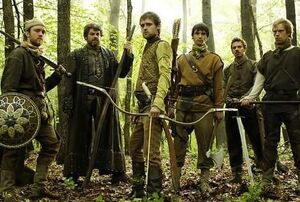 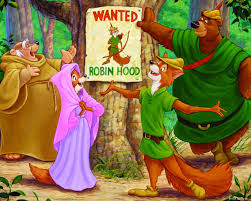 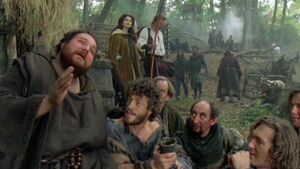 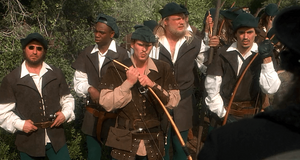 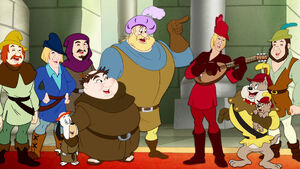