Metis is a heroine from Persona 3: FES, appearing exclusively as the deuteragonist of The Answer, and the 'sister' of that expansion's main protagonist, Aigis. She is later revealed to have been born from Aigis herself- specifically she is a facet of Aigis' personality which escaped her body, representative of her despair after the death of Minato Arisato. Her Persona is Psyche.

She is voiced by Chiwa Saitō in the Japanese version and Stephanie Sheh in the English version.

Metis is a humanoid android and the same model as Aigis. She has a golden helm-like headpiece with a red butterfly visor. Her skin is pale, she has black hair and red eyes. As an android, her body is mostly mechanical, her armored body is black, though her right arm is white. She has a metallic "skirt" which continues the red butterfly motif.

Metis has a childlike personality, to the point of being compared to a child by Junpei, something she takes offence to. She recognises Aigis as her "sister," and as a result tries to protect her from harm. She cares for Aigis deeply and is willing to do anything to protect her, even if it means she'll hate her for it. This is shown when she attempted to kill the other members of SEES, whom she believed (correctly) were responsible for the Abyss of Time's manifestation. She also gets notably angry and annoyed when Akihiko suspects her of having an ulterior motive for protecting Aigis, and insists that she's doing it because she cares about her and nothing more.

In the beginning, Metis is quite rude and even shows some slight entitlement issues, as she fully expects the group to trust her and follow her blindly into the Abyss, apparently not realising they have every reason not to trust her since she first appeared to them as an enemy. After they threaten to explore the Abyss without her, however, she apologizes and is accepted into SEES at the approval of Aigis, who allows Metis to call her 'sister.' She also agrees not to hurt the others at Aigis' request, though she still remains rather indifferent to them, and they in turn remain hostile towards her, especially Akihiko, who fully expects her to turn on them again at any time.

Although she usually acts like a child, Metis is frequently shown to actually be very intelligent; she is the one who figures out how the Abyss came to be, guessing correctly that the rest of SEES played a part in it. She also knows that Personas and Shadows are one and the same, something the rest of SEES never figured out despite fighting them for months (or, in Akihiko and Mitsuru's case, years). This fits with her Arcana being the Hierophant, a figure that interprets sacred mysteries or esoteric/obscure principles. Finally, she figured out that Nyx is neither hostile nor malevolent and that there must have been some other reason for the Seal.

Metis can also be quite insecure. Being a new member of SEES, she doesn't know about the rest of the group's shared past and feels lost whenever they talk about it. Junpei claims that she's lonely, which is why she feared that they would leave her behind. Indeed, Metis is shown frequently to hate being alone, which is why she panicked when the group suggested exploring the Abyss of Time without her and begged them not to leave her behind. This is due to the fact that she has no memory of who she is, only that Aigis is her sister and that she has to protect her.

Being the embodiment of Aigis' rejected emotions, Metis is very similar to her in some ways; they're both hostile to those they perceive a threat, have attachment issues and overprotective to those close to them. However, Metis is more outspoken of what she thinks when compared to her "sister," and overall just more emotional. Aigis even notes at one point that she reminds her of so many things she thought she had left behind. Once everyone begins fighting for the keys, Metis sides with Aigis and claims that she was created to facilitate the fighting, returning to her previous hostility toward the rest of SEES, but at the cost of Aigis' trust. After the conflict between the group is resolved, Metis feels guilty over causing so much trouble, and so fully expects the rest of SEES to leave her behind. However, the rest of the group assure her that they brought the fighting upon themselves and Aigis forgives her, reminding her that she promised she wouldn't leave her behind. The two sisters then reconcile, with Metis shedding tears of joy. 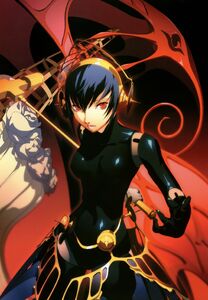 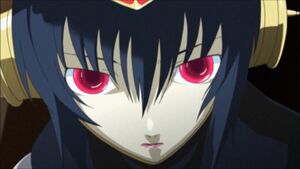 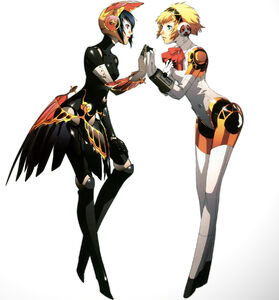 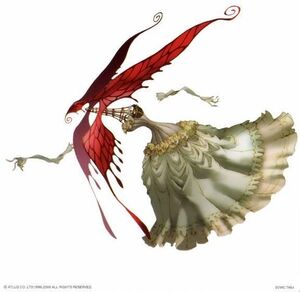 Metis' Persona, Psyche
Add a photo to this gallery

Retrieved from "https://hero.fandom.com/wiki/Metis?oldid=2197014"
Community content is available under CC-BY-SA unless otherwise noted.