Hanging out with her family and her friends.

Take full part with Dom and the crew in their missions to stop and defeat their own enemies:

Mia Toretto is a major character in the Fast and the Furious series. She is one of the two tritagonists (the other being Letty Ortiz) in The Fast and the Furious, the tritagonist in Fast & Furious and Fast Five, a supporting protagonist in Fast & Furious 6, Furious 7 and F9, and a mentioned character in The Fate of the Furious. She is the youngest child and daughter of Jack Toretto, the sister of Dominic and Jakob, and the girlfriend, later wife of Brian O'Conner, whom is also the father of their children, Jack and Olivia.

She is played by Jordana Brewster, who also played as Chrissie in The Texas Chainsaw Massacre: The Beginning.

Mia Toretto is the youngest of the three children in the Toretto family, being the younger sister to Dominic and Jakob Toretto. Her father Jack was a professional stock driver who owned a 1970 Dodge Charger R/T. Her older brother, Dominic, helped their father build the Dodge Charger. Additionally, the Toretto's owned and ran a market and cafe shop.

Mia grew up in the company of Dominic's friend, Vince, who they knew since Dominic was in second grade; and Letty Ortiz, a girl from their neighborhood who befriended when she was ten years old. When she was sixteen, Letty and Mia's brother became romantically interested in each other.

Dominic and Mia's father was a proactive figure in their lives. He helped her with homework, reading ahead of the required chapters to help her with work the next day. The Toretto's also attended church and held family barbecues for their neighbors.

Mia was presumably did not attend the stock car race where her father killed in an accident caused by Kenny Linder, a fellow stock car driver, but was devastated all the same. When Dominic attacked Linder, he was arrested and sent to Lompoc Prison for assault. At some point before or after, they befriended the likes of illegal street racers and mechanic, Leon and Jesse.

Mia was aware of her brother's illegal and criminal activities, stealing from trucks transporting electronics and other goods, and participating in street races as an act of keeping his passion for racing alive after he was permanently banned from the tracks for attacking Linder. Mia presumably was taught how to drive by her father or brother.

Sometime around the time Letty was a teenager, Mia was caught up in an escape attempt in Boyle Heights. Trapped in a corner, Letty was presumably forced to drive her car through a retaining wall; Mia was her passenger.

She didn't appear in the third film.

Mia has a lesser role being a person mostly under surveillance by the FBI. She informs Dominic of Letty's death while he's in Panama via telephone. When Dominic returns home, she goes with him to the site of Letty's supposed death. She is seen at Letty's funeral and is mostly seen afterwards either persuading Dominic not to get in danger or complaining to FBI Agent Brian O'Conner about their past together. It is implied in the film that they eventually renew their relationship.

The relationship of Mia and Brian is confirmed in Fast Five where she and Brian are together seeking Vince. When they find him, he gives Mia a job to steal cars from a train. She and Brian find the cars storage containers. Something goes wrong with the heist and Dom tells Mia to drive the Ford GT40 to Vince's hideout. She escapes with Brian and Dom when the men from the heist start attacking them and reveals that she's pregnant with Brian's child. She later begs Dominic to stop when he was fighting with Hobbs. Towards the end of the film she does intelligence and surveillance during the Rio heist, giving the team directions and advice while they are hauling the vault.

In Fast & Furious 6, Mia and Brian have a child, a baby boy named Jack. She is later kidnapped by Owen Shaw's team members Klaus and Vegh as revenge for Dom not listening to his demands. Mia is rescued and then helps bring the plane down.

Mia is called by Letty on her brother Jakob's involvement with Otto, and returns to the crew to assist them in stopping Cipher while also trying to help Jakob atone. Mia works with Letty to get more information on Mr. Nobody, and after a brief confrontation, reunite with Han, whom had seemingly been killed by Deckard Shaw. Mia and Letty learn that Han has been protecting Elle for Mr. Nobody, as she is the key to unlocking Project Aries. When Otto's men capture Elle, Mia helps Han retrieve her while also saving Jakob from near death. Mia and Dom allow Jakob to leave the scene, as Dom forgives Jakob for their father's death, and gives him a second chance like Brian did years ago. After stopping Cipher's plans, Mia attends a get together with Dom and the crew as Brian arrives.

Mia is shown to be a very caring mother. When Shaw's crew arrived to kidnap them, she gave Jack to Elena, who was staying with her, and rushed back to let herself be kidnapped so they wouldn't pick up on Elena or Jack's trail. 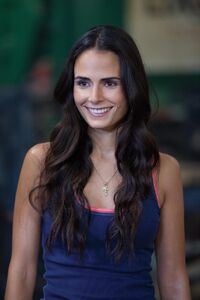 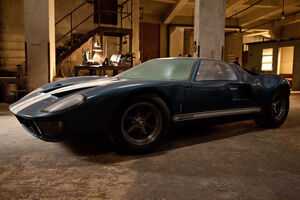