Escape alive from Baker family's house with Ethan (both succeeded)

Mia Winters is the deuteragonist from 2017 video game Resident Evil 7: Biohazard, and a supporting protagonist in the 2021 sequel, Resident Evil: Village.

Mia Winters is the wife of Ethan Winters and one of the main characters of Resident Evil 7: Biohazard. While her husband believed she was a caretaker by profession, she was actually a covert operative for an unknown corporation who developed Eveline, acting as her caretaker for them. In 2014 she was recovered by the Baker family, where she then resided at the Dulvey Haunted House where she would be trapped until 2017. After the destruction of Eveline, Mia and Ethan bore a daughter named Rosemary, who was kidnapped by the biologist and cult leader Mother Miranda.

She was voiced by Katie O'Hagan and Akari Higuchi in Japanese, and was modeled after Savannah Daniels.

Mia was born in 1985 and would later date and marry Ethan Winters in 2011. She started to work for the Connections around 2010, and became one of their researchers that worked on bio-weaponry. She would become the handler for their bio-weapon Eveline, who was created from the mold founded by Miranda, a European scientist who also used her late daughter's DNA to create Eveline. Alongside special agent Alan Droney, the two handled Eveline while on board the Annabelle, and Mia would act as Eveline's "mother" to develop a bond. During a hurricane, Eveline became unstable and escaped from confinement, where she started to spread the mold across the tanker. Mia was tasked with capturing Eveline, but failed and was exposed to the mold before the Annabelle crashed into Dulvey, Louisiana.

Mia was taken in by the Bakers, who saw the crashed tanker and she wrote them a letter warning them about Eveline. She was too late, as Eveline infected the entire family and decided to make them and Mia part of her family. Mia would attempt to escape on a few occasions, but would often succumb to Eveline's influence or be captured by the Baker family, more notably Marguerite during one recording. For the most part, Mia would submit to Eveline's influence, and attack anyone who came onto the Bkaer's property, most notably the Sewer Gators around June of 2017.

In the beginning Mia sends a heart warming video message saying that she misses Ethan and hope the babysitting can be done quick so she can come back and see him. However a recent message was sent to Ethan with Mia now terrified and worried and urges Ethan to stay away. Eagered to figure out what's going on, Ethan goes to the house in Dulvey, Louisiana in which he finds and successfully releases Mia from her cell, he then states that she sent a video to him wanting to be rescued which confused Mia and she said that wasn't her. They hear a noise in the distance, Mia becomes frantic and states "Daddy's coming" they hid in the next room with Mia catching her breath, Ethan explores the room over and hears Mia screaming and finds her gone from the room and went after her and she disappeared.

Later on there's loud banging coming from the door down the hall; Ethan opens and finds a monstrous Mia climbing up the stairs, she grabs him and throws Ethan with tremendous strength. She then rushed at him with a knife cutting him violently, after a brief struggle between the two, Ethan pushes her off him with Mia returning to her normal self exclaims in agony that she won't get out of her head as she bangs her head against the wall before finally knocking herself unconscious.

Before Ethan could react she immediately rose up and grabbed his arm and threw him through a wall. As Ethan is being dazed, she grabbed a wooden plank as he grabbed an axe, and after a brief battle, Ethan struck her in the neck causing her to faint. After Ethan came back from the phone, he notices her body was gone, and later on Mia approaches Ethan after he had put the stair fuse in the fuse box, she talked to him in her normal state later tricking him and stabbing him with a screw driver.

As Ethan struggled to get the screwdriver out, Mia obtained a chainsaw and was planning to butcher Ethan, fortunately Ethan got free but at the cost of his hand as Mia sawed it off. The two pair go head to head in a fight in the attic, but Ethan prevails. As Mia is lying on the ground Jack approaches Ethan from behind and punches him, knocking him out by kicking him in the face and drags him along with Mia to the main house.

Ethan is driven with a task while in the house by a girl named Zoe to craft a serum that can cure the both of them (Mia and Zoe). Ethan obtains two serums but had to use one leaving a choice between the two girls. If Ethan chooses Mia, he tries to comfort Zoe telling her that he'll find help but she refuses to listen and tells them to leave. Both aboard a life boat in order to escape but unfortunately the mold starts to grow over flipping the boat causing both to be submerged underwater. After waking up, Mia relives how she became infected and controlled by Eveline.

Eveline tells her if she "remembers" and wants to become a family. Mia refuses to believe that they will ever become a family and Eveline chuckles creepily and disappears. Shortly after, Mia finds Ethan through a series of security cameras surveying rooms. He is held up in a room covered with mold most likely from the attack on the boat. When Mia frees Ethan from it she quickly grabs him and pushes him back into another room and shuts the door saying that she can't resist for much longer and that he has to kill Eveline. Later Ethan meets her alive on the rescue helicopter at the ending.

If Ethan chose to cure Zoe instead of Mia (which is the Non-Canon), Ethan must fight Mia once again. She cannot resist the grasp of Eveline and loses control while pushing him aside. Grasping in pain, she pulls out a knife and starts to come after Ethan. After attacking her with a crowbar, Ethan ends up stabbing her through the chest ending her life as she turns into dust.

3 years later after Eveline's death, Ethan and Mia started family again and give birth for a girl name Rosemary "Rose" Winters. However, Mia was captured and used in an experiment by a cult called the Four Houses led by Mother Miranda (who impersonating her appearance) in her attempt to kill Ethan and take her daughter Rose to use her as a vessel to revive Miranda's deceased daughter, Eva. She was rescued by Chris Redfield and took her to the Helicopter by one of his soldiers. When Chris arrived with Rose, she asked where is Ethan until learned he sacrificing himself to protect her and Rose from the monstrous Mother Miranda causing Mia breakdown in sorrow from her husband's death even when Chris told her he tried to help him. 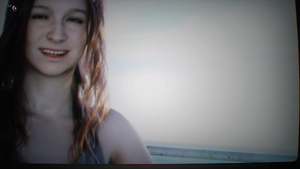 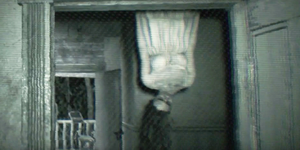 A sighting of Mia during the demo. 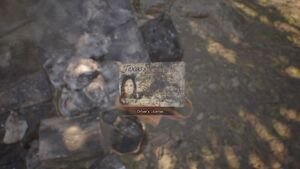 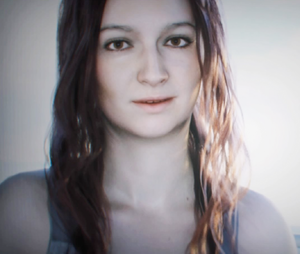 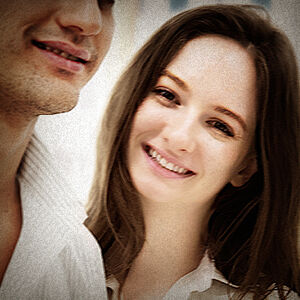 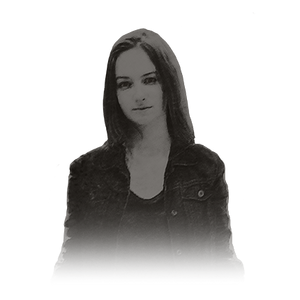 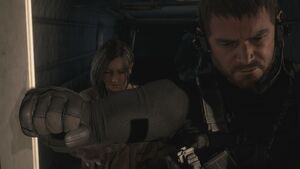