Mian is a heroine in The King of Fighters XIV. She is voiced by AYUKA.

Despite her high dancing skills, Mian is an extremely shy person, and doesn't drop her mask often, except for rare instances where she displays self-confidence. Sometimes, she can be a little greedy when it comes to her contract for money and one of her own desires. Her reason to obtain money greedily quickly is revealed in SNK Heroines: Tag Team Frenzy for the sake of the hospital bill for one of her ill family members. 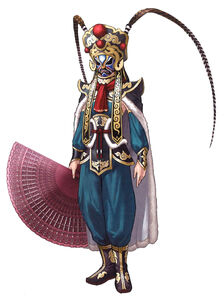 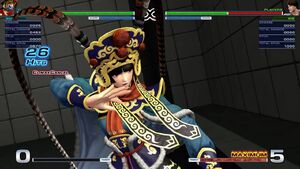 Unmasked
Add a photo to this gallery

Retrieved from "https://hero.fandom.com/wiki/Mian?oldid=1861002"
Community content is available under CC-BY-SA unless otherwise noted.