To be rescued from Captain Hook (succeeded)

Male Damsel
Michael Darling is the 4-year-old son of George and Mary, the younger brother of Wendy and John, the uncle of Jane and Danny, the brother-in-law of Edward and a character in Disney's 1953 film Peter Pan. He is the youngest child of the three Darling children and is usually seen carrying a teddy bear with him.

That night when their parents George and Mary go out to a party, Peter Pan arrives at the Darling home and takes Michael and his siblings to Neverland.

Michael reappears in the episode "Dark Hollow" as a young adult where he and John are ordered by Peter Pan (who is portrayed as a villain in this series) to go to Storybrooke to destroy Pandora's Box (which is capable of destroying Pan). The brothers are able to get the box, but are stopped from destroying it by Belle and Ariel. When they reveal that Wendy is being held captive in Neverland by Pan, Belle promises that she will do what is necessary to save Wendy if the box is not destroyed. She also convinces them to go with the plan Mr. Gold (the Storybrooke identity of Rumpelstiltskin) (who is Pan's son and Baelfire's father) has to defeat Pan. 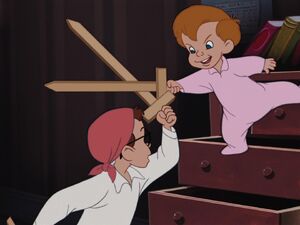 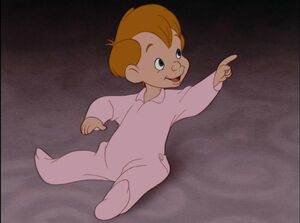 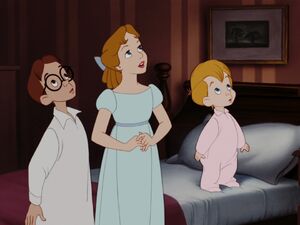 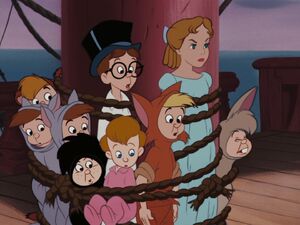 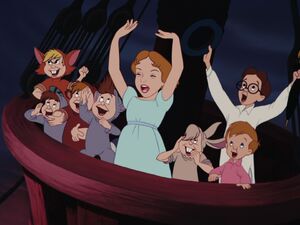 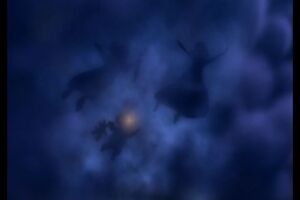 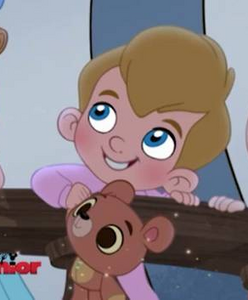 Michael Darling in Jake and the Never Land Pirates 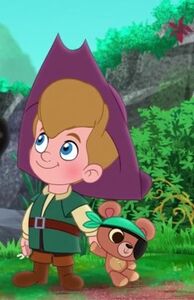 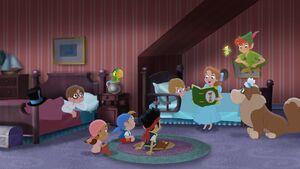 Retrieved from "https://hero.fandom.com/wiki/Michael_Darling?oldid=2318943"
Community content is available under CC-BY-SA unless otherwise noted.