Get revenge on Heihachi for killing her father (T1)

Michelle Chang is a native American from Arizona, and is also the foster mother of Julia Chang. Her father was killed along with the rest of the tribe by Heihachi Mishima's Tekken Force, who were searching for a treasure, a pendant that allegedly could control and subdue the wrath of Ogre. The pendant was coveted by Heihachi. When the Mishima Zaibatsu forces had left, Michelle's father gave Michelle the pendant before killing himself. Michelle entered the King of Iron Fist Tournament to seek vengeance on Heihachi for the murder of her father and tribe. Michelle also encountered Kunimitsu , a treasure hunter that was seeking the pendant. Michelle defeated Kunimitsu and secured the amulet. Although she did not win the tournament, Michelle was still satisfied that another fighter (Kazuya Mishima) defeated Heihachi.

In Tekken 2, Michelle's mother had been kidnapped by Ganryu, who was working for Kazuya. Kazuya wanted the amulet. She had entered the tournament to rescue her mother. Michelle meets Ganryu and battles him. After defeating Ganryu, she rescues her mother and returns home. However, unknown to her, Ganryu had fallen in love with her.

Upon returning home, Michelle casts the pendant into the ocean so that it can no longer cause any trouble. This ending is likely non-canon, as in Tekken 3 she goes to Heihachi Mishima to talk about Ogre's danger only to be kidnapped by Heihachi for her pendant. 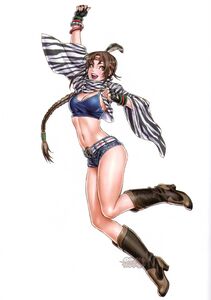 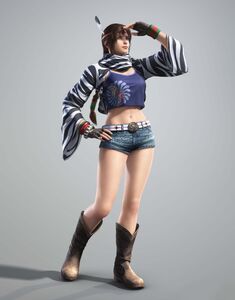 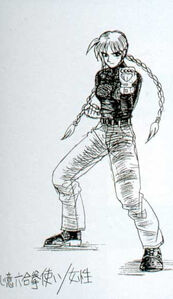 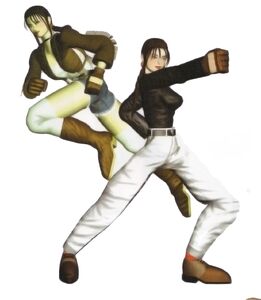 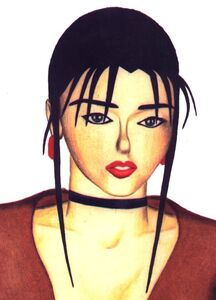 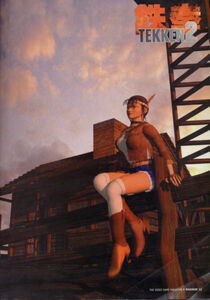 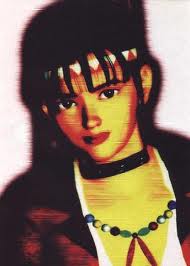 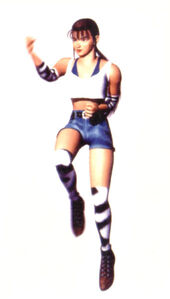 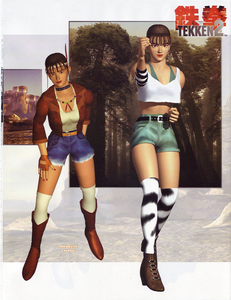 Artwork of Michelle's outfits in Tekken 2. 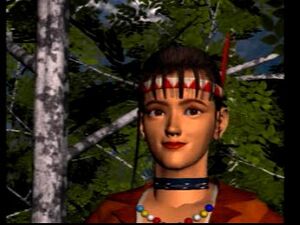 Michelle smiling in her ending. 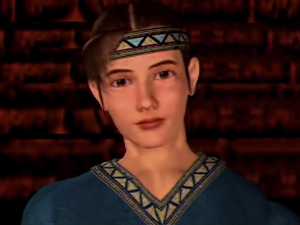 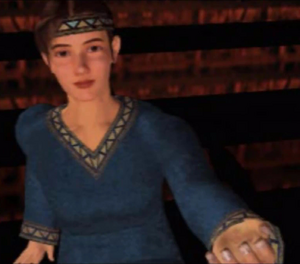