Midget Apple was first introduced as a joke filler for the episode Crabapple. Orange had first mistook Crabapple for a midget apple, and Crabapple had pointed out that there was a midget apple right next to him. Towards the end of that episode, Crabapple was crushed by Pumpkin, who had also mistook him for a midget apple. He get irritating when he yelled "That's Little Apple!" in response to him by others saying nobody cares or whatever until he get use to it. However, he become even more irritating of size jokes. 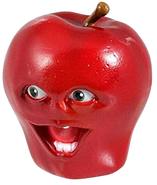 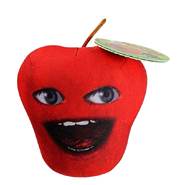 midget apple plush
Add a photo to this gallery

Retrieved from "https://hero.fandom.com/wiki/Midget_Apple?oldid=2258866"
Community content is available under CC-BY-SA unless otherwise noted.