Madman (by It)
Mikey

Being with the Club.

Michael "Mike" Hanlon is a central protagonist of Stephen King's IT.

He befriends the Losers after they protect him from Henry Bowers, who hates and regularly torments Mike because of his skin color. After their first confrontation with IT, he stays behind in Derry and lives modestly while the others all move away and become remarkably successful. When the child murders start up again, Mike calls all of the others to tell them that IT has returned.

Meanwhile, Henry escapes from the local mental asylum with IT's help and gravely wounds Mike with a knife. He is unable to take part in the final battle, but survives his injuries as his friends defeat It.

In the miniseries, he was portrayed by Marlon Taylor and Tim Reid. In the 2017 and 2019 film, his younger self is portrayed by Chosen Jacobs, and Isaiah Mustafa in It: Chapter Two.

During his youth, Mike was known for being the only African-American child in Derry, but he went Neibolt Street Church School instead of Derry elementary, so they didn't know him personally. Mike was also a constant victim of the Bowers' gang leader, Henry, who gained his hatred of him from his father's hatred of Will. As a result of being the most hated child in Derry, Henry terrorized him, and killed his pet dog, Mr. Chips with rat poison.

In the 2017 film, Mike tells the losers of him surviving the burning of the house on Harris Avenue, and that his parents were trapped in the next room over him. His parents attempted to reach him, but he was rescued, and they were burnt to death, leaving him traumatized, and leaving to be raised by his grandfather.

In 1958, Mike encountered one of It's form, which was a giant bird, a fear he got when he was pecked by a crow when he was six months old. Mike evaded and hid in smokestack from the remains of the Kitchener Ironworks, surviving his encounter from the creature.

One day, he was chased by Henry and his friends into the gravel pit, but was defeated when they threw an M-80 at him. The Losers Club came to his rescue, and aided Mike in a rock fight, where they defeated Henry and the gang. Afterward, Mike befriended Bill Denbrough, Beverly Marsh, Richie Tozier, Eddie Kaspbrak, Stan Uris, and Ben Hanscom, and became the last and seventh member of the losers cub. 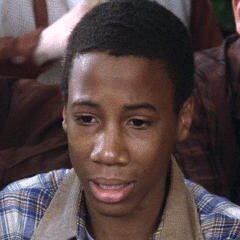 Mike in the It miniseries. 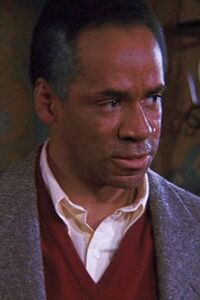 Mike as an adult in the miniseries. 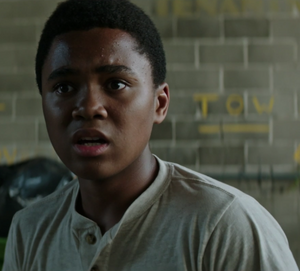 Mike in It: Chapter One. 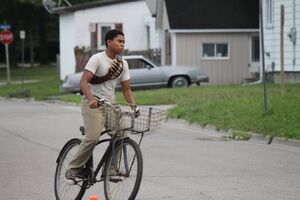 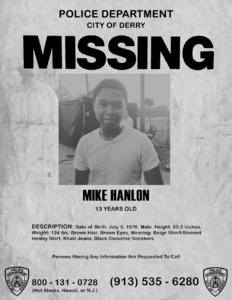 Adult Mike with the club in It: Chapter Two. 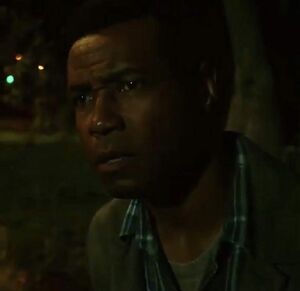 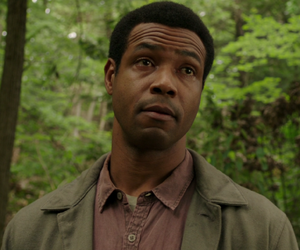