Miki Aono is a 14-year-old schoolgirl at Private Torigoe Academy, established for entertainment talents. Good at sports, has sense in fashion and tries to warn herself of showing her beauty to others. She wants to be a fashion model, so she tries to control herself. Her house is a salon, and since her parents are divorced, she lives with her mother and her younger brother, Kazuki, lives with the father. She joins the dancing group with Love because she wants to control her shape. Miki has long, silky lavender colored hair that falls to her waist. Her Pickrun, the Burun, is blue and wears a crown on its head. Her alter ego is Cure Berry. She also is the deuteragonist of the series, Fresh Pretty Cure!.

She is voiced by Eri Kitamura.

Miki has long, straight, violet colored hair, purple eyes, and a tall slender figure. She often wears a headband. As a civilian she is often seen wearing a light blue long sleeved shirt with a dark blue shirt underneath and a white scarf, brown shorts, and knee high black boots. When she is practising her dancing, she is seen wearing a blue sweat jacket with white sections on the side with a popped collar. The cuffs and edge of the jacket have matching stripped blue and white patterns. She wears a light blue shirt underneath with a darker blue collar. Her sweat pants match her top and she wears blue and white sneakers. As Cure Berry, her hair becomes wavy and lightens to a lavender. It is tied into a side ponytail. She wears a white a headband with a large blue and white heart adorned on it. Miki has a pair of blue heart shaped earrings that hang upside down from her ears and a blue choker. On her wrists, she wears light blue and blue wristbands with little bows. She wears a white crop top with poofy short sleeves. There is blue detailing all over her top. She wears the Fresh Pretty Cure clover on the left side of her shirt. Her skirt has a top layer of frilly blue with layers of white underneath it. The skirt has a thick blue belt with criss crosses on it. On the left side of her hip hangs a large blue bow with a tail that reaches well below the knee. On the other side of her hip hangs her Linkrun. She wears thigh high black blue socks and a pair of blue knee high boots.

Espoir Shower - Cure Berry uses her fingers to form a spade, and the empty space begins to glow blue. A blue stream of light shaped like a spade spreads to hit the enemy and purifies it.

Espoir Shower Fresh - Cure Berry swings her Berry Sword downward, then holds her weapons sideways as she recites the firsth half of the incantation. Then she turns it upside down and presses the buttons on the sword. The adornment will glow and she swings the rod while saying the second half of the incantation. She traces a spade with the sword, that spade gets filled with energy, and she thrusts the sword, sending the spade to her target. As she spins the sword around, the enemy becomes purified in a blue heart-shaped bubble. 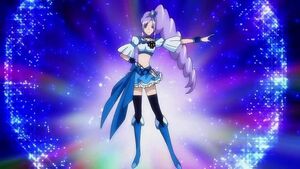 Cure Berry with her Cure Stick, the Berry Sword 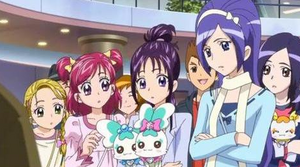 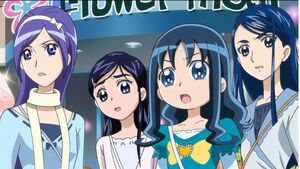 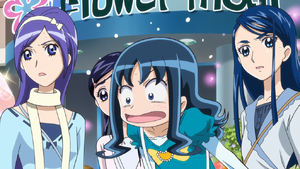 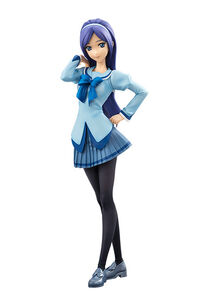 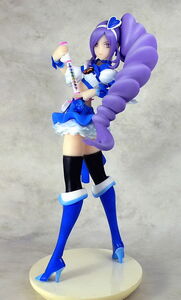 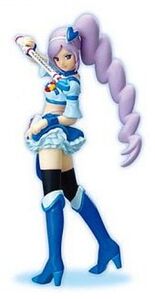 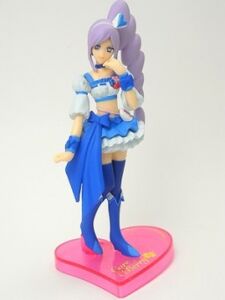 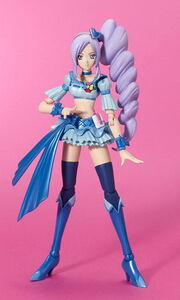 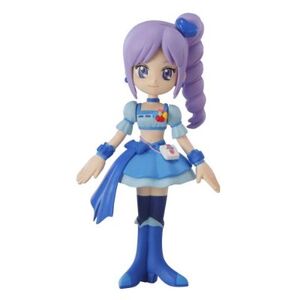 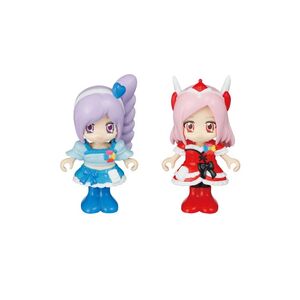 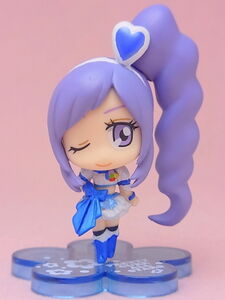 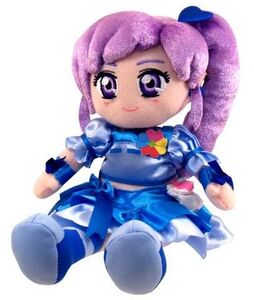 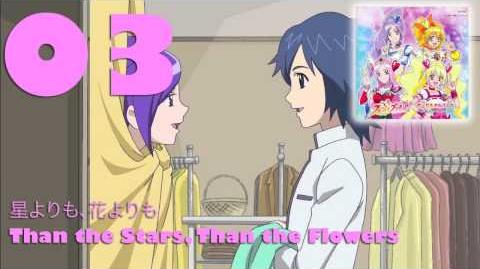 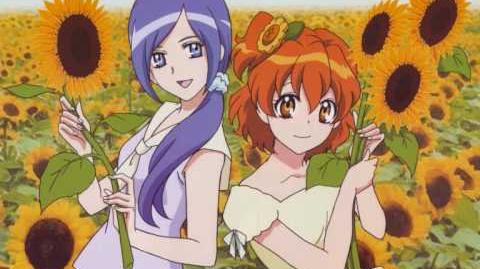