Fighter
Miki Kurosaki is one of supporting characters in Digimon Data Squad. She is one of DATS's two computer operators and partner of PawnChessmon (Black).

She is voiced by Ai Nagano in the Japanese Version and Kate Higgins in the English Version.

Miki wears the same uniform as Megumi. She has purple hair and brown eyes. She is also shown to have a black and white digivice.

She is usually more impatient and talkative than Megumi.

She and other still seeing Agumon as a threat, Marcus stops them from forcing Agumon into the teleporter and the two escape.

The DATS team continues the fight against Kurata, who has merged himself with Belphemon Rage Mode, but the battle is going badly. From inside Belphemon, Kurata sneers and tells DATS that Digimon are lifeless bits of data without hearts or feelings.

Belphemon knocks each of the DATS Digimon aside causing BishopChessmon and RookChessmon to revert to their rookie forms of Pawnchessmon respectively.

5 years later, Miki has joined the police with Yoshino Fujieda, Megumi Shirakawa and Richard Sampson (who is their commanding officer). 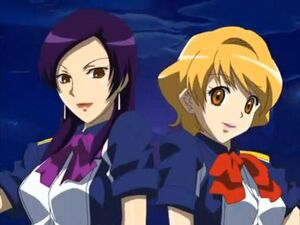 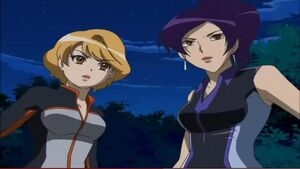 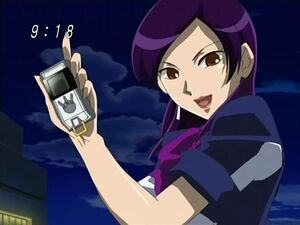 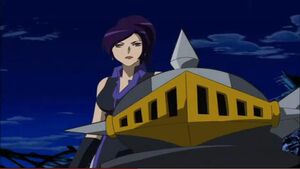 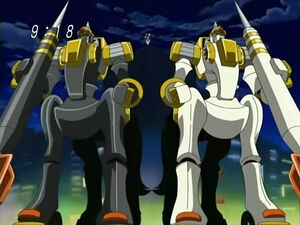 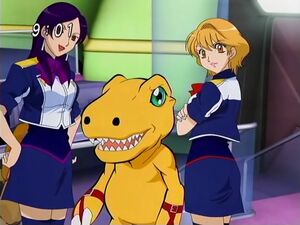 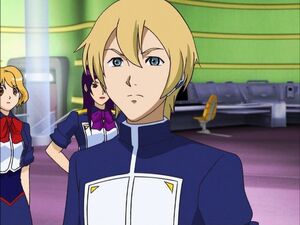