Date A Live: Date A Strike

Protect humanity from the Spirits.

Mikie Okamine is a major heroine in Date A Live franchise who works for the Anti Spirit Team in Tenguu City. She is a Japanese wizard in AST and the main protagonist in Date A Live Spin off, Date AST Like and a deuteragonist in DAL story, as well as a counterpart to Minerva Liddell.

She was voiced by Kanami Sato in the Japanese version, and by Sarah Wiedenheft in the English version.

Before the start of the series, Mikie was a happy kid and loved by her father, Okamine Torataro. When her father became a successful entrepreneur of Okamine Heavy Industries, they became distant to each other. Eventually, her father could not stand her presence anymore and banished her from the household. Mikie who became depressed and feeling suicidal, deliberately ignored the spacequake alarm. Much to her surprise, Mikie was attacked by then untamed Tohka. But thanks to Origami's intervention, she was unharmed. That was when Mikie developed a huge admiration for Origami that motivated her to become an AST wizard. However, due to her not recognizing Tohka after being sealed by Shido, Mikie ironically befriended her.

The next day after her enrollment, an explosion occurred near the Tengu city. Thinking that a spirit appeared, Mikie hurried to the place only to find a young girl named Ashley Sinclair who claimed to "hunt" the members of the AST. Ashley expressed her excitement in finding a worthy opponent due to having some research done on the performances of several AST members in the past, only to be quickly disappointed after realizing Mikie was not as strong the reports claimed.

Mikie is a naive and clumsy girl who often gets excited over little things. She likes to fantasize about Origami as she has grown fond of her. Due to an occasion where Origami saved her from an unrestrained Tohka, she developed a great admiration towards her and decided to join the AST. However, this also caused her to share the same opinion towards the Spirits as the rest of the AST; a threat to the human society.

Mikie is also a determined and a hardworking girl who likes to open up her thoughts about the world. She also values friendship above all and is the reason for why she was moved by the story Cecil had told her. 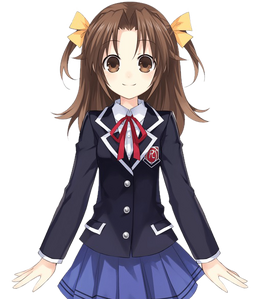 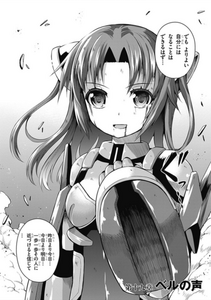 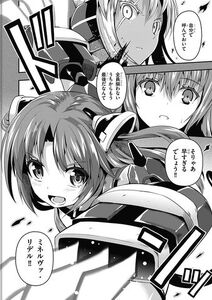 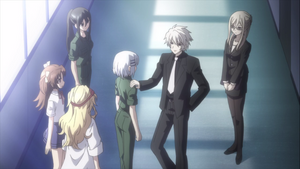 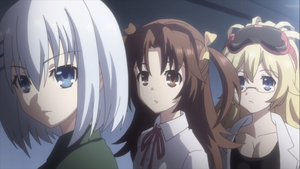 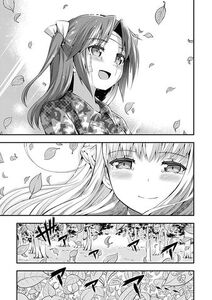 Mikie crying in happiness after see Artemisia and her friends happy 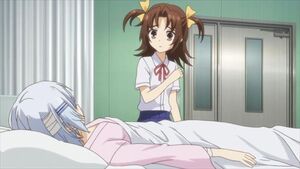 Mikie with Origami in hospital 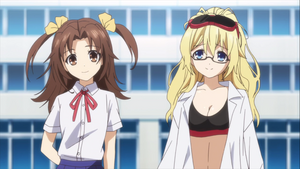 Retrieved from "https://hero.fandom.com/wiki/Mikie_Okamine?oldid=2092845"
Community content is available under CC-BY-SA unless otherwise noted.