Having "fun" with girls.

Be adored by all women in the world

Become the most famous singer in the world (succeeded)
Brainwash all of humanity and take control of the world to create a world just with women (formerly)
Turn all men in the world on her "pigs-slaves". (formerly)
Protect Shido Itsuka from Deus.Ex.Machina Industries and live happily on Earth and win over Shido. (succeeded)

Miku Izayoi is a Spirit, idol, and one of the main heroines in the Date A Live franchise. She is introduced as an antagonist in Date A Live II and on Volume 6. She is a student of Rindōji Girls' Academy who first manifested in the real world in March, and transferred to Rindōji in April. She also works as a very famous and popular idol singer. Her codename is Diva.

Miku is a Spirit and an idol. She hates men to the point that Shido even had to crossdress in order to interact with her. Her Angel is Gabriel and has the power to manipulate and brainwash people. She took interest in the undercover Shido because he wasn't affected by her hypnotic powers and challenged Shido to a contest in which that if he lost, he would have to move to Rindouji. The challenge was for who would earn the title of being the best school. There was a singing contest which was later won by Miku, but the title of best school was still won by Raizen High School, which prompted Miku to summon her Angel Gabriel and attack Shido.

Miku, as an idol, is without a doubt a beautiful girl having voluptuous bust, curvy figure and smooth skin that has never missed maintenance. She has bluish purple hair and indigo eyes.

Her Astral Dress is mainly yellow in color with blue and white ruffles covering some parts of her dress. She wears a yellow moon hair clip with a flower petal connected to the curve ends of the moon. White flowers and petals can be seen next to the moon hair clip. On her neck is a choker with a white lily.

While at school, she wears a deep blue sailor outfit as well as a yellow flower petal hair clip that resembles the one she uses when wearing her astral dress.

Miku harbors a strong hatred towards men and treats girls as servants fit to serve her, which is why she transferred to an all-girls school, Rindouji all-girls private academy. Due to her past, in which people that were once her fans (mostly male) accused her of scandals in the past that were not true, leading to her losing her voice from the pressure and caused her to almost commit suicide. Even her opinion of women was initially poor, seeing them as replaceable servants at best and not caring if they died, even believing they should be happy to die for her. To the extent of her coldness, even Shido openly admitted he hated her.

After she was defeated by Shido at her own game she initially rampaged, using her powers to break the rules and simply take what she wanted, despite her being the one to first issue her challenge (and despite her frequently cheating to win), during the course of this she took control of the other spirits, discovered Shido's true gender, and tried to have the entire city to kill him. However, after Shido and Kurumi muscled their way to her and asked her to stay out of their way while they rescued Tohka from DEM, she took an interest in Shido (she had initially believed no man would ever save anyone for any selfless reasons) and asked his friends what their relationship was.

She then appeared to help Shido and battled with him against DEM, however she claimed that her only intent was to add Tohka to her collection of spirits. She repeatedly tried to prove that Shido was selfish, adherent to her view of all men, by trying to offer him all the girls he wants if he gives into his fatigue and gives up his rescue of Tohka, she's further shocked when he refuses and eventually is even visibly shocked when Ellen nearly kills Shido. It becomes evident that Miku can't give up her powers because that would mean she's returning to her human past, which is itself quite a tragic story. She finally changed her mind when Shido upheld his earlier promise to protect her and shielded her from Dark Tohka's power. She is also moved, although initially shaken, when Shido promises her that even if the entire world turns against her, he alone will remain her fan.

After this Miku decided to let Shido seal her spirit mana and move on with her life, even appearing openly in public as an idol. She has shown great love and affection towards Shido and constantly calls him "darling." After she was sealed, Miku does not show any more of her previous arrogance, she is still not fond to other men, but no longer treats women as servants and effectively gave up her power to control them when she was sealed. Shido describes her current personality as "very childish."

Just like Kotori, Miku was a normal human before she became a Spirit. Ever since she was little, Miku loved singing. She wasn't good at studying or sports, but she could sing better than anyone else around her. As an aspiring singer, she had always dreamed of performing on the big stage. That dream came true when she debuted as an idol singer at the age of 15 under the stage name Tsukino Yoimachi. It was the best thing that Miku could have wished for, doing the very thing she loved and being adored by her fans.

Her career, however, came to an abrupt end just after about a year when she refused to have sex with a hotshot TV producer. Before Miku knew it, false scandals about her began to appear and she soon fell out of favor with her agency along with her fans beginning to hate her. Miku thought that she could reconnect everything back with her singing, but then suddenly lost her voice.

As Miku contemplated suicide, Phantom appeared before her and turned her into a Spirit. Afterwards, she used her spirit powers, regained her lost voice, and debuted again using the name Miku Lily. She became famous due to her voice that is was known as 'sound anesthetic' and released several super popular tracks. However, she never appeared in magazines, television, or any public media. Miku held only private concerts and the only ones who were invited were her loyal female fans due to her hatred for men.

Miku's "Angel" takes form of an organ that can be used to hypnotize people as seen in the last chapter of volume 6 in which she controlled the Yamai sisters, Yoshino, and the audience. It has been implied that she can not usually hypnotize spirits as when she tried to hypnotize Shido and failed she thought that he could be a spirit like her. It should be noted, however, that she managed to control the Spirits Shido had already sealed without any difficulties. Miku can also fight using her voice as shown when she attacked Shido with a sonic wave in chapter 1 of volume 6. In volume 7, she used her powers to create a shield to protect Shido from Tohka.

Four different applications of her Army Breaker Diva have been demonstrated so far: 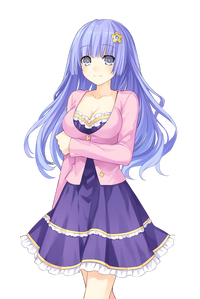 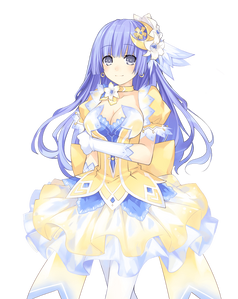 Spirit
Add a photo to this gallery

Retrieved from "https://hero.fandom.com/wiki/Miku_Izayoi?oldid=2161718"
Community content is available under CC-BY-SA unless otherwise noted.