Spirit Who leaves Fate to the Dream of Eternity,
An Evil Spirit

Anti-Heroic Ghost Witch
Mima is a heroine and former villainess from Touhou, appearing in the PC '98 era games. She is a spirit who regularly haunts the area around the Hakurei Shrine. She is very confident in her abilities, and quite boastful of them, too. Although she claims to want revenge against the human race in Story of Eastern Wonderland, it's unknown what her motivations for that are. She is also attempting to revive herself. Although she is called a ghost in Phantasmagoria of Dim. Dream, she denies being dead and tries to explain about herself being just a "soul" instead. We may never know just what she is or how she came to be that way unless more information is revealed.

Mima generally appears as a girl with green eyes and long green hair. She wears a blue cap and a white shirt with a blue vest and a blue skirt underneath her blue capelet with a yellow ribbon. She carries a bronze staff with a golden crescent moon on its tip, and underneath her skirt between human legs and a ghost tail. 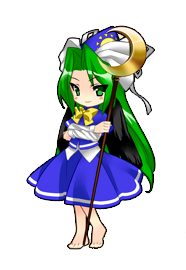 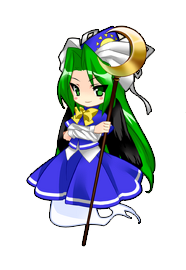 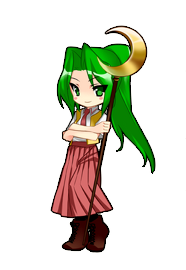 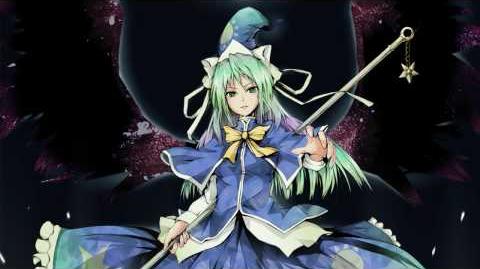 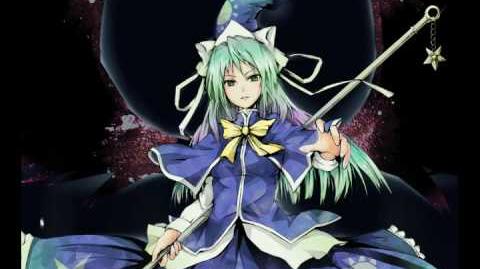 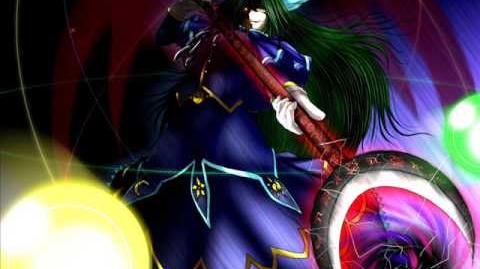