The Secret Way of the Drawn Crescent Moon

None (Days of Memories).

Avenge the death of her villagers.

Tragic
Priestess
Fighter
Mina Majikina is one of the major protagonists in Samurai Shodown series of fighting games.

She is blessed since birth with powerful spiritual energy and was sent away from her home to trains in the art of exorcising demons. Her village revered her as a kaminchu ("shrine maiden" in the Ryukyu dialect) but also shunned her as they were in fear of her powers. As a result of her isolation, Mina is unable to express emotions.

One day, she departs her village to destroy an ayakashi (a certain kind of yokai). Upon her victory, she senses a powerful and evil force in her village but returns to see everything in ruins and all the inhabitants dead. In the wreckage, she finds a seemingly harmless being named Chample to whom she grew to endear. Taking her new friend in her arms, she is determined to eliminate as many demons as possible, starting with Gaoh. However, she eventually comes to the conclusion that Chample is the demon that destroyed her village. In her ending, she attempts to kill Chample to avenge the villagers.

It was widely thought that she had committed suicide after finishing the deed to defeat Chample. However, her appearance in Samurai Shodown (2019) from within the second season of DLC characters reveals she did not, and it showed that Chample also survived and had its dangerous demonic form sealed with a two seal papers on its forehead to keep its power under control. Also in Story Mode, its revelead that Mina doesn't kill Chample, and she absorbed its evil power, corroding her body and causing her to lose vision in her right eye. 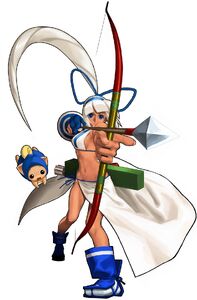 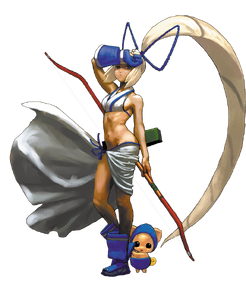 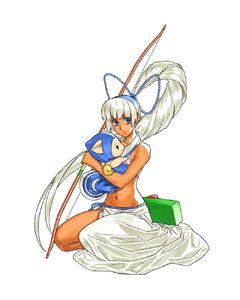 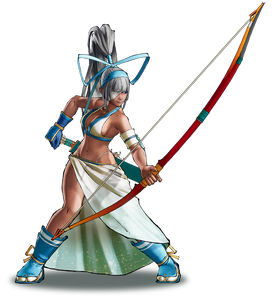 Retrieved from "https://hero.fandom.com/wiki/Mina_Majikina?oldid=1996832"
Community content is available under CC-BY-SA unless otherwise noted.