TBA
Minerva Mink is a character in Warner Bros. animated television series, Animaniacs. Minerva Mink is an anthropomorphic mink who is flirted by every male creature who all have a crush on her. Her voice actress is Julie Brown. Minerva has white fur with blonde hair and an enormous blonde tail as well as a pink nose and big black eyes with blue eyeshadow.

Minerva is an anthropomorphic mink with a curvaceous figure reminiscent of other sex symbols. She has a large blond hair and a red ball gown.

Minerva is rather savvy and well versed person who can be easy to talk, she is otherwise alluring and attractive and knows how to use her looks. She can also be a bit ditzy but it's otherwise sympathetic towards others, particularly Wakko, Yakko and Dot. 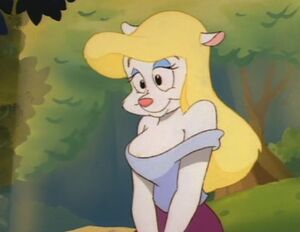 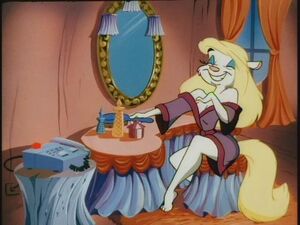 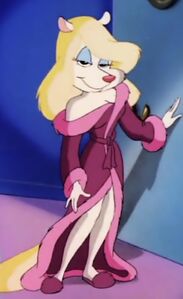 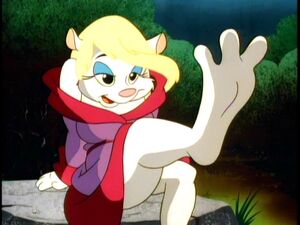 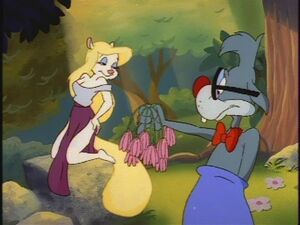 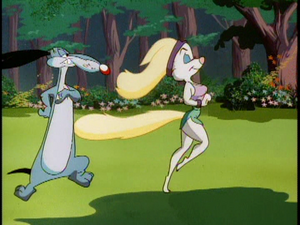 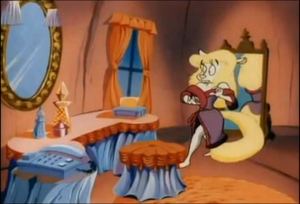 Retrieved from "https://hero.fandom.com/wiki/Minerva_Mink?oldid=2077547"
Community content is available under CC-BY-SA unless otherwise noted.