They are small versions of Mario. The only differences are that all their attire is metallic, their hands are like Lego people's hands, and they have wind-up keys in their backs that later in the series look like Mini Donkey Kongs' wind-up keys.

Mario vs. Donkey Kong 2: March of the Minis

Once again, Mini Marios are the main characters in the game and defeat Donkey Kong.

Donkey Kong tries to get a Mini Pauline but he is too late. So he kidnaps Pauline again and the Minis have to help rescue her. They succeed twice, and Mario gives him a Mini Pauline to end the ongoing conflict once and for all.

Mario and Donkey Kong: Minis on the Move

Mini Marios are the main characters in this spin-off game.

Donkey Kong kidnaps Pauline for no reason and the Minis have to save her. But it turns out it was an act to get Mario for a party they set up for him.

In this second spin-off game, Mini Marios have the ability to wall jump without using pads, unlike in the second game of the series.

A Mini Mario appears in Super Smash Bros. Brawl as a sticker that gives 3+ to a fighter's Shield Recovery when attached to their trophy stand in The Subspace Emissary mode. A Mini Mario appears in Super Smash Bros. Ultimate as an Advanced Neutral-type primary spirit that can be obtained by buying it from Timmy and Tommy Nook's store. At level 99, it can be enchanted into the Mini Mario & Hammers spirit, which has better stats and gives a fighter increased duration to use the Hammer and Golden Hammer items. 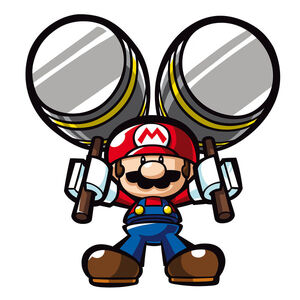 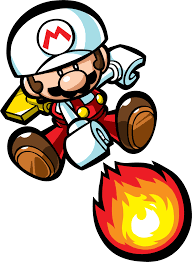 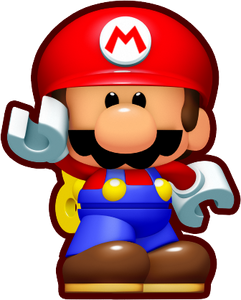