Momo Yaoyorozu (sometimes, on her side)

He is a student in Class 1-A at U.A. High School, training to become a Pro Hero.

Minoru is a very small young boy with a large, round head, and rather large cheeks. His nose is small and stubby, and it sticks slightly upwards, and he has an unusually distinguishable philtrum, oval-shaped eyes with large, black pupils, and notably thin eyebrows. He has four large purple and black balls in something resembling a mohawk where his hair should be.

His hero costume is very simplistic, consisting only a purple shirt and mask with a yellow cape, boots and gloves. His pants are white with a lighter purple trim, and they stick out quite a lot around his waist. During the winter months, a stem-like detail is propped up on his hair, contributing to the grape theme of his costume.

Minoru is perverted to the point of infamy, which makes him unpopular with the girls and even some of the boys, who consider his interests and mannerisms depraved. His mind frequently trails off to lewd thoughts even in situations involving completely unrelated matters. When an opportunity to peep at the girls arises, Minoru becomes very determined to take it, although this often leads to painful results. Minoru's interest in women is one of his motivations to become a hero, alongside general popularity. He is quite unashamed of those traits, openly admitting them out loud.

Minoru can be very hypocritical, criticizing others for perceived perverted behavior even if they turn out to be misunderstandings. Minoru is also one who always speaks his mind, even when it comes off as harsh and insulting due to his comments being more on the cynical side.

Minoru easily freaks out in moments of great stress or fear, acting in an impulsive way, crying when the situation does not look favorable and abusing his Quirk recklessly, to the point of hurting himself in the process. Minoru is not a very confident fighter and may attempt to flee in highly disadvantageous situations.

Minoru is shown to be surprisingly intelligent, able to score very high on tests, and being in the top half of Class 1-A's grades, despite being considered a slacker by the majority of the class. Additionally, he is quite capable of coming up with creative and competent strategies in order to achieve victory, pushing through his own flaws when the need arises. 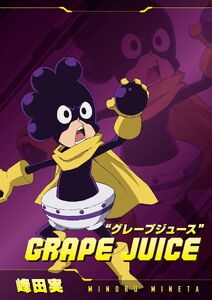 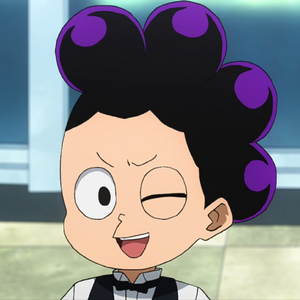 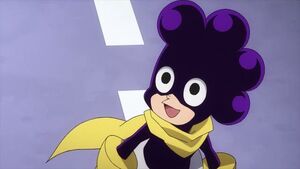 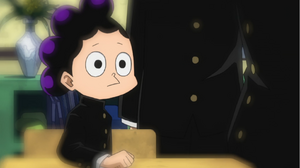 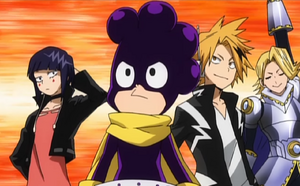 Retrieved from "https://hero.fandom.com/wiki/Minoru_Mineta?oldid=1747562"
Community content is available under CC-BY-SA unless otherwise noted.