Mireille Bouquet is one of the two protagonists of Noir. She is one of the most trustworthy assassins for hire, considered to be near the top of her field. Though she projects a confident demeanor, she is secretly driven by a tragedy in her past. Her preferred weapon is a Walther P99.

In English version, she is voiced by Shelley Calene-Black who also voiced Yuriko Takagi in Highschool of the Dead, Ais Wallenstein in Is It Wrong to Try to Pick Up Girls in a Dungeon?, Nobara Yukinokōji in Inu x Boku SS, Kyou Fujibayashi and Yuki in Clannad, Ageha Chono in Wizard Barristers, Luviagelita Edelfelt in Fate/kaleid liner Prisma Illya, Canaan in Canaan, Cortana in Halo Legends, Tomika Amato in Maken-Ki!, Narvi Stryze in Break Blade, Rei Wakana in BanG Dream!, Rutile in Land of the Lustrous, Misery in Gate: Thus the JSDF Fought There, Lyza in Made in Abyss, Rutile in Land of the Lustrous, Naomi in Girls und Panzer, Anna in Sunday Without God, Kuroko Smith in Monster Musume: Everyday Life with Monster Girls, and Najenda in Akame Ga Kill!.

Mireille's hair is blonde and eyes are blue. She usually wears a red tank top, a pair of black knee-high boots and a short, black skirt.

Mireille Bouquet is the daughter of Laurent and Odette Bouquet, the heads of a powerful Corsican family. The Bouquets' power and wealth derived from Laurent's association with Les Soldats, a powerful organization which had been ruling Europe in secret for a thousand years.

Les Soldats chose Mireille to be one of their candidates for Noir - a duo of elite assassins which, in previous centuries, had represented the ultimate power of the Soldats. Knowing what this would entail, Laurent refused to hand over his daughter; both he and Odette were murdered, and Mireille found the bodies.

Mireille was taken from Corsica by Claude Feyder, an uncle, ostensibly to protect her from the Soldats - although Claude was himself a Soldat and her exile was in fact part of their plan for her. Claude trained Mireille in his own craft, which was murder for hire, and by the age of 20, Mireille had struck out independently to make a name for herself.

Though preferring to work alone, Mireille is intrigued by an email she receives at the beginning of the story, which contains a tantalizing clue regarding the murder of her family. She meets with Kirika Yuumura and forms a partnership with her to track down the truth about her family.

Mireille insists on several occasions that, as soon as the truth about their lives is discovered, she will kill Kirika, as she knows Mireille's identity. However, even when she learns the truth - that Kirika herself had murdered the Bouquets on orders from the Soldats - she finds herself unable to kill the girl, who has become the closest thing Mireille has known to family in a very long time.

Leaving the Soldats and their destiny as Noir behind them, Mireille and Kirika return to Paris to live as they see fit. 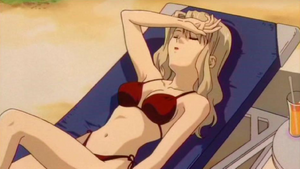 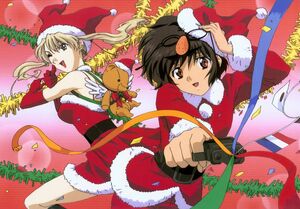 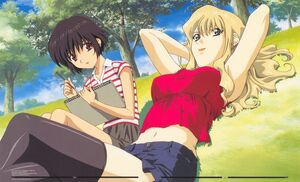 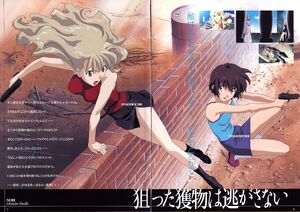 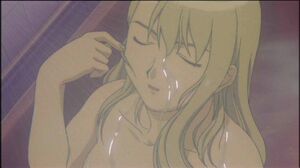 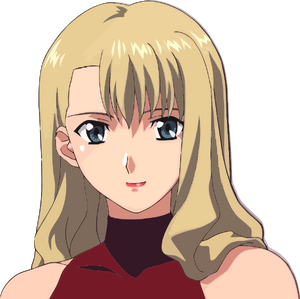