Start a Wiki
Mirta is a character from the cartoon series Winx Club. She is a girl who stood out quite prominently from the other witches of Cloud Tower. She has the ability to produce illusions using her imagination on her emotions. She is a witch/fairy.

She has often been ridiculed by the Trix at Cloud Tower because of her opinion that Witches and Fairies are not very different from each other and that they can be friends. This was proved to be right later in Season 3 and the Second Movie, when Witches and Fairies have become friends even if there was still a rivalry, though a friendly one, between the Witches and the Fairies. This is even seen in Season 3 when the Witches attack Alfea after Valtor turned them into his slaves, Flora wondered why the Witches were attacking because she thought the Witches of Cloud Tower and the Fairies of Alfea were now friends. However the Witches still sometimes played pranks on the Fairies like in Magical Adventure but not bad ones like before.

Mirta even attempts to help Bloom on one occasion and ends up by being turned into a pumpkin by Icy. At the end of Season One, she transfers to Alfea College, where it is unclear whether she is truly fairy or witch, as she grows wings in Season 3, but tends to revert to dark magic upon occasion like in The Secret of the Lost Kingdom. •According to a 2013 book, Mirta is officially called the Fairy of Illusions. 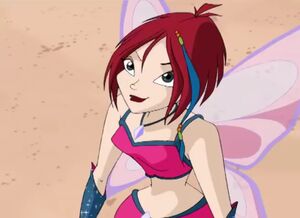 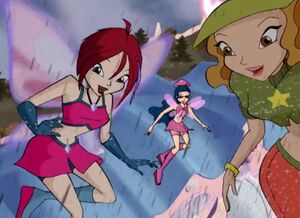 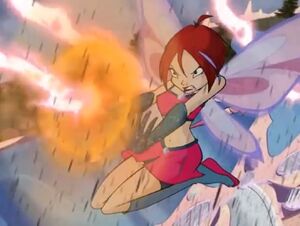 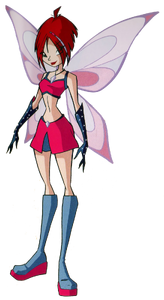 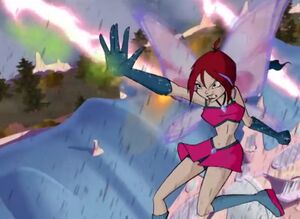 Retrieved from "https://hero.fandom.com/wiki/Mirta?oldid=1710461"
Community content is available under CC-BY-SA unless otherwise noted.