Miss Shamour is a fairy found within the Princess Lesson Pad. She is a Siamese cat who can also take human form.

She is voiced by Mayumi Shintani.

As a mascot, she resembles a Siamese cat with white fur and ears that resemble dark purple hair. She has blue eyes and a red ribbon around her neck and carries a stick with a cat's paw on top.

As a human, she resembles a tall woman wearing a purple and white jumpsuit with a red bow in the front and black boots. Her face retains some of the features of her mascot form and her hair becomes darker. She also keeps her tail.

As the Cure's teacher, Miss Shamour is very serious and somewhat stern but patient. She wants to train them to be true princesses and find the one that will be the grand princess. She also sometimes says English words in place of some Japanese words. 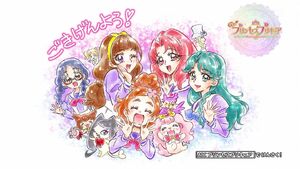 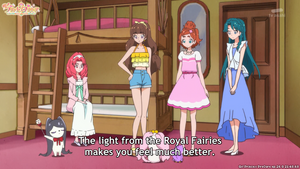 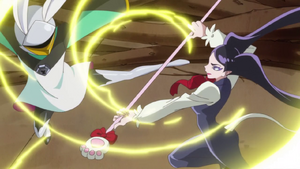 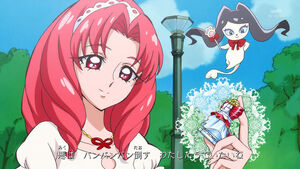