Mitsuru Kirijo is one of the main protagonists and playable characters in the video game Persona 3. She is the heir to the Kirijo Group and a senior student at Gekkoukan High School, as well as ts Student Council President. Despite being a member of SEES from the beginning, she initially serves as mission control, but later joins the front line after her position is taken by Fuuka Yamagishi. Her initial Persona is Penthesilea and her Ultimate Persona is Artemisia.

She is voiced by Rie Tanaka in the Japanese version and Tara Platt in the English version, the latter of whom also voices Vert and Tokiko Tsumura.

Mitsuru has long, dark red hair and dark red eyes. At school and while in Tartarus, she wears the school uniform of Gekkoukan High, save for the Gekkoukan jacket and a different white blouse and a big red ribbon. On weekends and days off, she is wears a short black peacoat, a white scarf, and white pants. In the summer, however, she wears a white turtleneck shirt with no sleeves, and black pants. During the excursion at Yakushima, she wears a white two-piece swimsuit with a red flower attached. Additionally, she is seen wearing a kimono on numerous occasions.

During her flashback in Persona 3 FES: The Answer, when she was little, she had curly pigtails, a red ribbon with a green gem, a white pluffy blouse, a red skirt, white stockings, and brown shoes. When depicted in her middle school years (in Akihiko's past), she is seen wearing the standard summer school uniform and a black sweater vest.

In Persona 4: Arena, Mitsuru, now 20 years old, reappears and is wearing a fur coat over a black spy catsuit. She still fights with a rapier and now wields a gun, possibly an evoker, in a holster.

Mitsuru is calm, confident, mature, responsible, wise and very intelligent; despite being a high school student, she tells Junpei she's studying college-level material. She is quite strict and very professional, being the only member of SEES who addresses people by their last names. Akihiko is an exception to this, as the two are good friends and have known each other since junior high. Eventually, she switches to first-name basis with Yukari as well, and also uses the others' first names on occasion. Mitsuru is also very insistent with the team keeping their grades up, going so far as to sign them up for summer classes behind their backs. Her Persona Arcana is the Empress, which fits with the "motherly/older sisterly" role she plays in the group. However, she can show a much colder side to her at times; when the group are interrogating Chidori Yoshino, she contemplates taking away her sketchbook to get her to talk, which Junpei calls her out for as he feels that will just make her even more reluctant to talk. She can also be rather manipulative and insensitive, such as when she keep the origins about the Dark Hour secret from the group until pushed about it by Yukari, with her only excuse being that it never seemed relevant, though this is more due to her trust issues than anything else. Her hobbies include fencing and learning about language and culture and she frequently drops verbs of other languages seemingly randomly (English in the Japanese version and French in the English version). Additionally, despite her often getting annoyed at Akihiko's eagerness to fight, Shinjiro claims in Persona Q that she enjoys fighting just as much as he does if not more, and that if the protagonist can't see that, he's lying to himself.

As the president of the student council, Mitsuru is very caring for Gekkoukan's students, especially towards her fellow SEES members. Due to her caring attitude, however, there are times where she tends to go out of her way to accept responsibility for many things that especially involves her family's history, and it becomes Mitsuru's aim to atone for the sins of the Kirijo family. It's because of this that she feels a degree of sympathy towards Jin Shirato after learning about how he and the rest of Strega suffered at the hands of the Kirijo Group. However, she feels no such sympathy towards Takaya Sakaki, instead calling him out for his nihilism and saying he sees The Fall as salvation because he is limited by his own abilities, and therefore cannot defeat Nyx.

Despite her charisma as a student council president, Mitsuru is shown to be quite awkward when dealing with normal social situations, likely a result of her having to fight Shadows from a young age; during her Social Link she goes to a fast food restaurant for the first time with the protagonist, and doesn't know she's supposed to eat the food with her hands. She also claims to have absolutely no fashion sense; she relies on her family's stylist instead. It is noted by her father that she has difficulty trusting others, and at one point he tells her that she can only do so much on her own and reminds her of the Kirijo Group's guiding principle, "Two in harmony surpasses one in perfection." Mitsuru takes this to heart, and eventually realises that what's impossible for one person becomes feasible when people work together. Mitsuru is also very outspoken, often to the point of brutal honesty, such as when she bluntly tells Akihiko to stay at the dorm during the May Full Moon event, saying he'd just be a hindrance since he hadn't fully recovered. She also doesn't hesitate to chew out Mr. Ekoda for not reporting Fuuka's disappearance to the police, saying that he ignored his responsibility as a teacher to protect his career. She then calls him "despicable."

After her father's death at the hands of Shuji Ikutsuki, Mitsuru admits that she became a Persona-user to protect him. As a result, she becomes depressed and has an existential crisis, not being able to believe she was fooled and manipulated by Ikutsuki so easily and believing she is a horrible failure of a leader. In Persona 3 The Movie, however, Yukari calls Mitsuru out for her hypocrisy since she has previously said she wanted to atone for the sins of the Kirijo Group, but in actuality, all Mitsuru really cared about was protecting her father (the game also highlights this, albeit more subtly). Mitsuru reveals that her father had feelings of shame and guilt and this burdened him, and she fought to ease this burden. After Yukari tells her that she fights to fulfill her father's dying wish, Mitsuru realises that she can fight for the same reason and regains her resolve, triggering the evolution of her Persona. Yukari and her become best friends as a result of this.

In The Answer, during the dispute over what to do with the keys, Mitsuru sides with Yukari, much to Akihiko's confusion. Her reason for doing this is not revealed until after the conflict is resolved; after the protagonist's death, she swore an oath that if anything happened to make Yukari suffer, she would put aside her own feelings and stand with her no matter what, as payment for Yukari being there for her the year before. It's then that Mitsuru truly returns the favor; she tells Yukari that while losing someone close to you is agony, there's no need to suffer alone and that she and the others can be there for her when she needs it the most, and that that's the reason one forms such bonds in the first place. 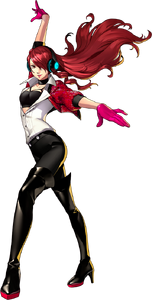 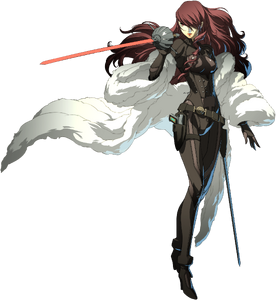 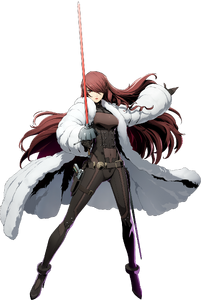 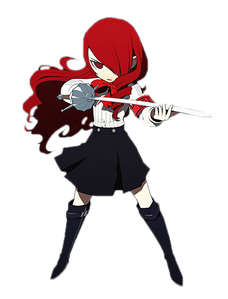 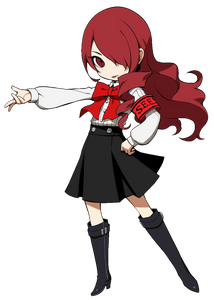 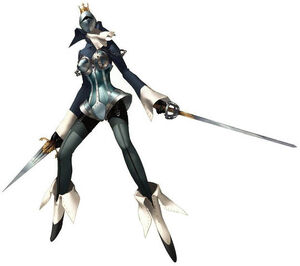 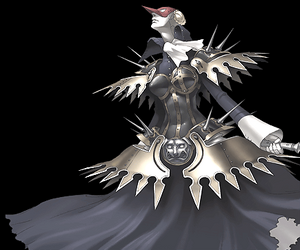 Artemisia, Mitsuru's Ultimate Persona
Add a photo to this gallery

Retrieved from "https://hero.fandom.com/wiki/Mitsuru_Kirijo?oldid=2200706"
Community content is available under CC-BY-SA unless otherwise noted.