Hanging out with Team Gaim.

Save his friends from the Helheim Invasion.

Hidden from his friends is his Kureshima background where he was forced to live in an environment with a heavy burden from his brother, who wants him to exceed in life, likewise the same from his father, Amagi Kureshima. Mitsuzane eventually joins his brother's goal of trying to save humanity from the Helheim Invasion through Project Ark, but when his brother allies himself with Kouta, he becomes a victim of a coup d'état causing Mitsuzane to blame Kouta for his brother's "death" and causing his crush, Mai Takatsukasa to lash out at him. Through Kouta and Mai's "death", Mitsuzane is unable to see his other friends eye to eye and views himself as someone who is incapable of their friendship.

For a short time, Mitsuzane takes up the mantle of Kamen Rider Zangetsu Shin (仮面ライダー斬月 真 [ザンゲツ シン] Kamen Raidā Zangetsu Shin?, lit "True Slaying Moon") until it is destroyed by Ryoma Sengoku and also became the lethal Kamen Rider Ryugen Yomi (仮面ライダー龍玄・黄泉 [リュウゲン・ヨミ] Kamen Raidā Ryūgen Yomi?, lit "Dragon Mystery Underworld"). At the end of the TV series, Mitsuzane is the last person with the Sengoku Driver and strives to become a hero in Kouta's stead now that he and Mai are gone.

He was portrayed by Mahiro Takasugi.

When he was young, Mitsuzane was raised by his older brother, Takatora Kureshima, as his parents spent most of their time overseas.

Mitsuzane later became a member of Team Gaim in his teenage years, becoming Armored Rider Ryugen and competing alongside Armored Rider Gaim in the Inves Games. The team quickly ascends to the top of the rankings, allowing Mitsuzane to discover the conspiracy revolving around Helheim Forest and the Inves. However, after realizing that Yggdrasill framed the Beat Rider Teams for the Helheim conspiracy, Mitsuzane discards his Sengoku Driver. He reclaims it when Kouta and Kaito are captured by Yggdrasill and uses it to save them.

At the same time, Mitsuzane unintentionally reveals to Takatora on camera that he is an Armored Rider, causing Takatora to confront Mitsuzane. Takatora confesses the truth about Helheim. Mitsuzane decides not to tell his friends, which leads to him to betraying them several times.

After Ryoma's group ousts Takatora, Mitsuzane takes his Genesis Driver, allowing him to become New Generation Rider Zangetsu Shin. Mitsuzane begins to blame Kouta for all of his hardships and, after Takatora allies with Kouta, he uses Zangetsu Shin to attack Kouta in order to break up their alliance.

After the failure of Project Ark, Micchy allies himself with the Overlord Inves, assisting Redyue in her plans. When he discovers that Takatora is still alive, Mitsuzane attacks and seemingly kills his brother, as well as permanently destroying his Sengoku Driver.

Mitsuzane later learns that Rosyuo is dead and that Mai is the current bearer of the Forbidden Fruit. This causes him to ally with Ryoma Sengoku to extract it from her. In exchange, Ryoma sends him to kill Kouta and provides him with the Yomotsuheguri Arms to enable him to transform into Armored Rider Ryugen Yomi to enable him to carry out the task. When he returns, having apparently succeeded in his mission, he finds that Ryoma vivisected Mai to claim the Forbidden Fruit. Realizing that everything he accomplished nothing but apparently kill his friends, he breaks down, but is comforted by Takatora after he returns.

In the aftermath of the Helheim invasion, Mitsuzane becomes the last person wielding a Sengoku Driver and becomes a hero once again to defend against Kougane when he invades. In Movie War Full Throttle he would fight alongside his brother Takatora against the Megahex Collective when they invade.

Mitsuzane is initially very devoted to his friends in Team Gaim, seeing them as family due to the neglectfulness of his older brother Takatora in caring for him. He greatly respects Kouta and harbors a secret crush on Mai, to the point where he is willing to go into battle in order to protect him. Mitsuzane also demonstrates a much more calculating side, one that he develops more and more as he uncovers the truth about Helheim and joins Yggdrasill. Even early on, Mitsuzane demonstrates devious traits, such as when he uses his status as a Kureshima to coerce Sid into giving him a Sengoku Driver. Eventually, the lies Mitchy becomes forced to tell to keep is friends happy begin to overwhelm him and cause him to become deluded. Jealous of the bond between Kouta and Mai, Mitsuzane comes to see Kouta as a threat due to the hope he brings and vows to eliminate him. Mitsuzane would eventually become solely focused on his own pursuit of power and keeping Mai to himself, which would ironically lead to him turning on his friends and allying with the Over Lords to obtain power power.

Despite being a competent manipulator and strategist, Mitsuzane often tends to overestimate his own intelligence, especially when up against other cunning manipulators such as Redyue or Ryoma Sengoku. This would eventually lead to him being used by Ryoma to eliminate Kouta under the promise that he would safely extract the Forbidden Fruit from Mai if he did so. However, when Mitsuzane returns he finds Ryoma killed Mai to obtain the Fruit, as it was fused with her heart, leaving Mitsuzane feeling distraught over his actions.

Eventually, having realized the futility of his actions and how they have cost him everything he treasured, Mitchy begins seeking to atone for the crimes. Though he is still shown to struggle with his past and making up for it, he is determined to make up for it any way he can by helping out his friends, such as during the invasion of the Megahex Collective when he saved Mai from her imprisonment by Megahex. 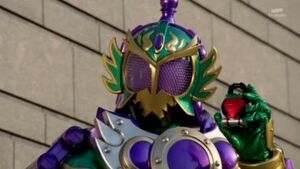 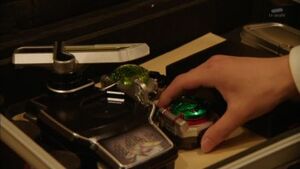 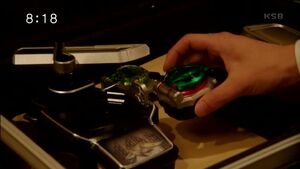 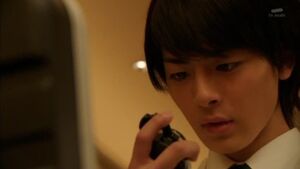 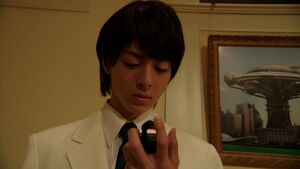 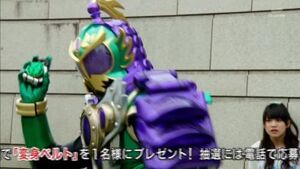 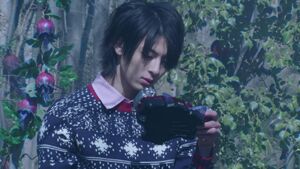 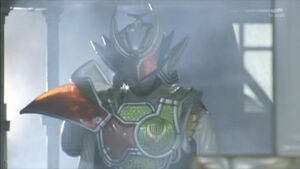 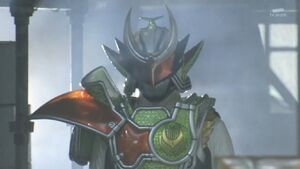 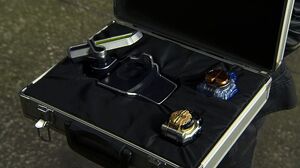 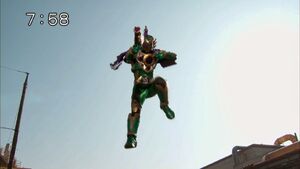 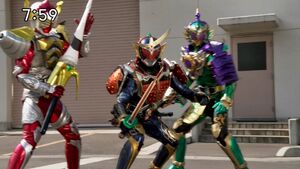 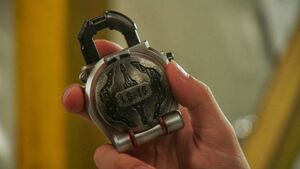 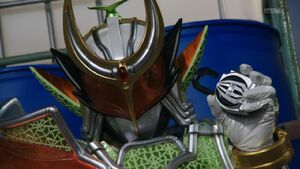 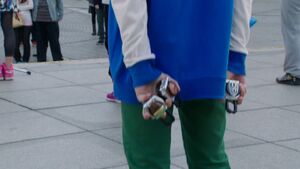 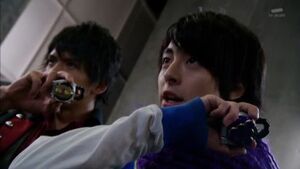 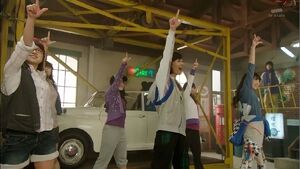 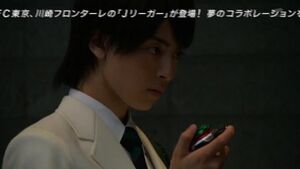 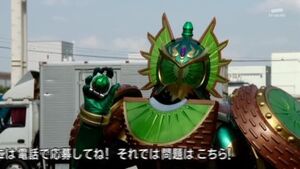 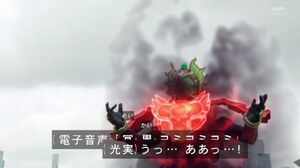 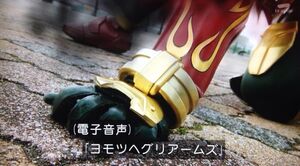 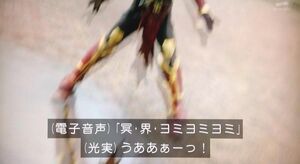 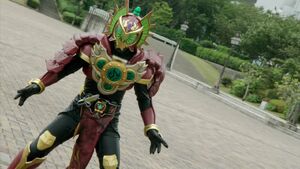 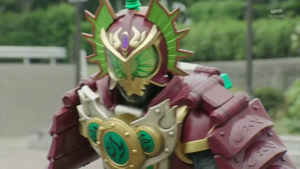 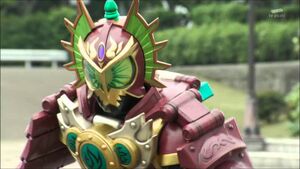 Retrieved from "https://hero.fandom.com/wiki/Mitsuzane_Kureshima?oldid=1773136"
Community content is available under CC-BY-SA unless otherwise noted.