Hanging out with Hinode

To be with Hinode (succeeded)

In Love
Miyo Sasaki, known as Taro in her cat form, is the main protagonist of the Netflix 2020 anime film, A Whisker Away.

She is voiced by Mirai Shida in the Japanese version and Cherami Leigh in the English version.

Miyo is a young girl with messy light brown hair which she sometimes ties up in a messy ponytail accompanied by light brown eyes. She is of average height and can usually be seen wearing the school uniform which she wears in a messy state with part of her t-shirt untucked from her skirt.

As Taro, she has bright blue eyes with white fur.

She has crush on her classmate, Kento Hinode. Each day at school, she goes out of her way to interact with him and make romantic advances, in spite of Hinode's cold attitude and repeated rejections.

After school, Miyo goes home and dons a magical Noh mask which transforms her into the cat, Tarō. As Taro, Miyo spends time with Hinode, keeping him company while he studies Pottery and listening to his problems. She longs to confess that the cat that he loves and the girl that he hates are the same person, but is afraid that he will reject her and refuse to visit with Taro anymore.

When she overhears a pair of boys at school speaking ill of Hinode, and loudly intervenes to defend his honor. She injures herself during the altercation, and for the first time, Hinode shows warmth to her as he takes her to the nurse's office and share his lunch with her.

Later evening as Taro, Miyo learns that Hinode's family is closing their pottery shop, as his grandfather is retiring and his family can no longer afford it. Hinode's kindness towards her, combined with a need to cheer him up at the loss of his hobby inspires Miyo to confess her love in the form of a letter.

The next day in class, Miyo's letter is snatched from her hands by a bully as she attempts to deliver it to Hinode. The bully reads the letter aloud, embarrassing both Miyo and Hinode. When confronted, Hinode saves face by publicly telling Miyo that he hates her. 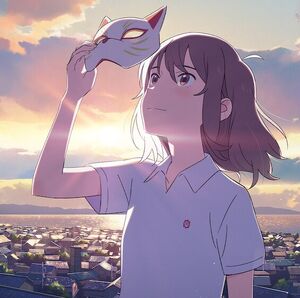 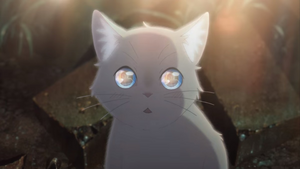 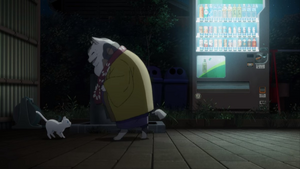 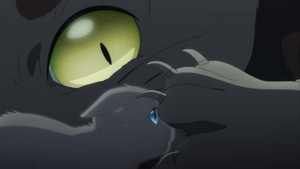 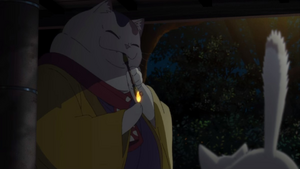 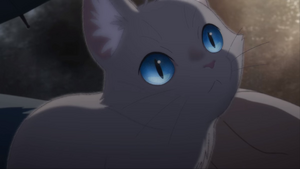 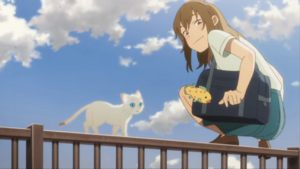