King of The Pride Lands (formerly)
Great King of the Past

Finding a solution to the drought (succeeded)

During Mohatu's rule, a drought grips the Pride Lands, which prompts him to put in a place a law that limits how much each animal can drink from the waterhole as well as what order the animals can drink in. Since lions could survive the longest without it, Mohatu decrees that they drink last. For a while, this law works, but not everyone is happy with is. One lion in particular (who bears an uncanny resemblance to Scar, though with gold fur and a red mane) completely blows the king off and drinks from the waterhole whenever he wants, attacking the other animals when they come near.

Not wanting to resort to violence, Mohatu searches for another source of water and comes across what is widely believe to be the same oasis that Timon and Pumbaa would take residence in later on down the generations. He leads the animals there after he finds it and calms they're squabbling when they begin to argue about who drinks first. No more details on Mohatu's reign are given, however he had a mate and a child before he died: Ahadi or Uru, the parents of Mufasa and Scar.

Mohatu was deeply missed when he passed away and shone as the brightest star in the sky when he finally went to rest with the other Great Kings of the Past.

"Fight for the Throne"

In this German audiobook, Mohatu is mentioned by his great-great-grandson Kopa.

Mohatu was a wise and gentle king. He could've easily ran off the smaller, scrawnier self lion, but preferred a peaceful alternative, even if it required more effort.

His appearance is uncanny to his grandson Mufasa's, sans that King's golden fur. Mohatu's fur is deep reddish brown and his mane is much darker shade of that color. He has lighter underbelly color and his eyes are red. There is distinctive curl nearly the top of his mane and his features are similar to, if not as block as, Mufasa's. 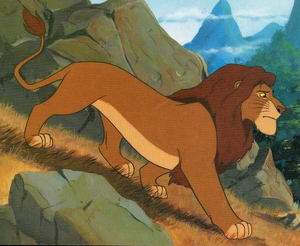 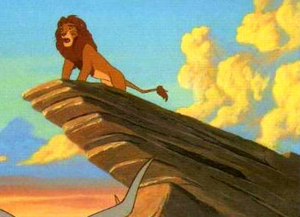 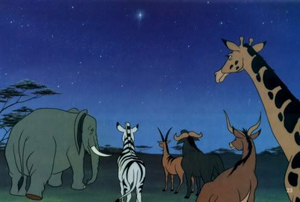 The animals of The Pride Lands looking at Mohatu's star