No information
Mokona Modoki is one of the main protagonists of the manga/anime series Tsubasa: Reservoir Chronicle and xxxHolic. Mokona is the name given to two rabbit-like creatures created by Yuuko Ichihara and Clow Reed. However, only the white one is given to Syaoran's group, while the black one remains in Yuuko's Shop. The Black one is a boy.

The white one is confirmed to be a girl. She has various abilities, the most prominent being the ability to open up portals to other dimensions for the group to pass through.

They are voiced by Mika Kikuchi in the Japanese version of the anime and Carrie Savage in the English version.

Soel is white rabbit with red gem on forehand and wear red earring on left ear.

Largi is black rabbit with blue gem on forehand and wear blue earring on right ear.

Black Mokona is not quite as enthusiastic and energetic as White Mokona, but nevertheless a teaser. He usually calls Watanuki "Watanuki April Fools" which results in a reaction from Watanuki similar to Kurogane's. Little is known about Black Mokona, except that it is able to see ghosts, something the White Mokona cannot do, and that its main purpose is to stay in contact with the White Mokona, so that Yüko can know where the group is and assist them if necessary. Also, Black Mokona is used for teleporting things to the White Mokona, which it does by swallowing them. Yüko has also remarked that of the two Mokona, the red earring on the white one possesses the ability to enhance magical power while the blue earring on black one has the ability to seal magical power. In chapter 157 of xxxHolic it was shown the sealing ear ring is sealing away both Sakura's memories of Syaoran and Watanuki's memory of his past. It also apparently has the ability to devour spirits and compress them into a ball, although it is not evident if the White Mokona possesses this ability either. After Yüko's death, Black Mokona stays with Watanuki in the shop together with Maru and Moro. Unlike Maru and Moro, who develops a closeness with Watanuki similar to the one they had with Yüko, Black Mokona and Watanuki's relationship remain unchanged.

White Mokona is the manju-bun -like creature from Clamp’s Tsubasa Chronicle that possess several astonishing abilities, such as traveling to different worlds, teleporting objects from one world to another, and sensing strong auras. Mokona was what Yüko gave Syaoran and the others in return for the prices they paid, enabling them to go to different worlds in the search for Sakura’s feathers, and as we later find out, without Mokona they wouldn’t be able to communicate (except for Syaoran and Sakura, as they are from the same world) because they all come from different worlds and speak different languages. With the help of Black Mokona, Mokona is able to stay in contact with Yûko, and in the manga there is an illustration showing Mokona talking to Black Mokona in the background. Mokona is also responsible for locating Sakura’s feathers, and whenever one is around it goes "mekkyon" (scary face) for an instant, which alerts the others. Mokona is a very cheerful, optimistic and energetic being, and loves to tease Kurogane, who occasionally uses violence to get back at her. 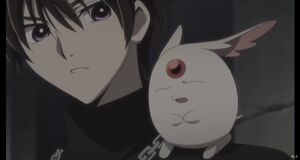 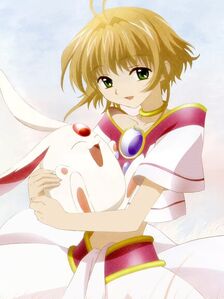 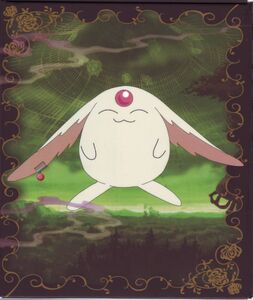 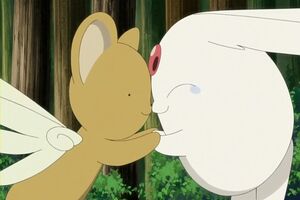 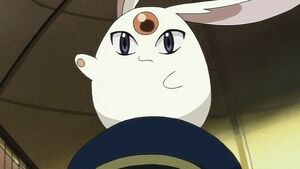 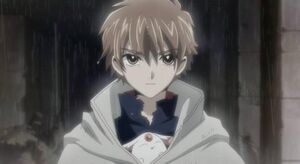 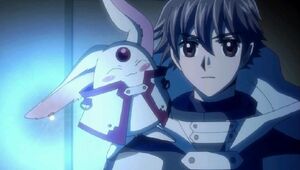 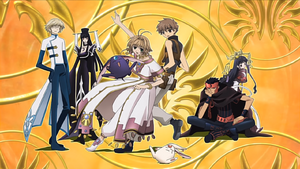 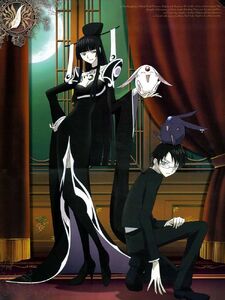 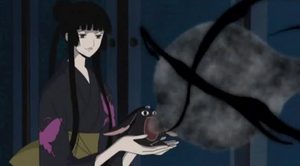 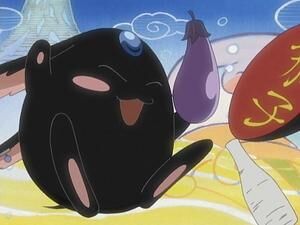 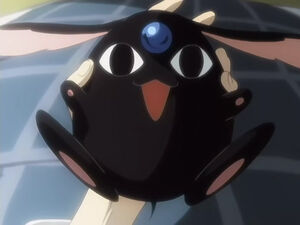 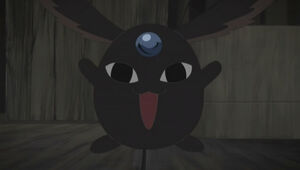 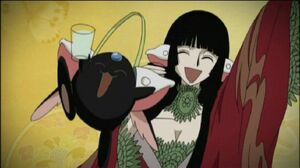 Retrieved from "https://hero.fandom.com/wiki/Mokona_Modoki?oldid=1949482"
Community content is available under CC-BY-SA unless otherwise noted.