Start a Wiki
Molly Hale is the central protagonist/anti hero of Pokémon 3: Spell of the Unown. She has her father Professor Spencer Hale and her father-figure Entei. She misses her biological mother so much that Entei offered to kidnap Delia Ketchum into the crystal tower. Ash goes to the rescue with his gang, even if he has to face the tower's bizarre obstacles.

Pokemon 3: Spell of the Unown

Sometime before the events of the film, Molly's mother disappeared, supposedly because of Spencer's research (in the original Japanese version, she left due to him being obsessed with his work). Spencer is left to take care of Molly, but because his job requires an undying commitment, she is often left under the care of the servants and housekeepers.

At the beginning of the movie, Molly is being read tales of Legendary Pokémon by her father. She states that Entei is her favorite Legendary Pokémon because it reminds her of her father. Spencer abruptly leaves after receiving an email involving his research. With her father disappeared to the Unown dimension, Molly is left in the care of the family servants. Before he vanished, her father left behind a mysterious puzzle box with Unown-shaped letter tiles.

Molly uses the tiles to spell "Mama" and "Papa", the people she truly desires, and when she begins to cry the Unown spring to life and grant her wish. The Unown then start to reflect Molly's confusion, anxiety, fear and loneliness with their Hidden Power and this is what forms the main arc of the story.

The town is engulfed by crystal, enveloping everything and driving everyone but Molly from the mansion. Molly's wish for her parents brings about a bizarre entity: an Entei whom is led to believe it is Molly's father.

Molly decides she needs a mother as well, and has the Entei bring Delia Ketchum to her. Delia is hypnotized into believing that she is the girl's true mother until she sees her son Ash risk his life to enter the crystallized mansion. Since that moment, Delia tries to reason with Molly, helping and protecting her through the movie. Molly becomes inspired by seeing Ash use his Pokémon to enter the mansion and decides she wants to be a Pokémon Trainer. She then falls asleep, and Entei leaves to greet their new guests, bringing along a dream-version of Molly. Molly wishes she were older so that she might be a Trainer, and she then turns into a teenager.

Once Ash has reached his mother, they wake up the real Molly and ask that she escape with them. When Delia reveals that she's not Molly's mother, Molly is heartbroken, and her emotional turmoil causes the Unown to lose some control. Entei then appears to defend her, but after a gruesome battle Molly realizes what her wish is doing to those around her, and she agrees to end the illusion and return to reality. This causes the Unown to completely lose control of their psychic concentration. They reach the Unown's chamber and the false Entei sacrifices himself to drive away the Unown, returning the land and manor to normal. At the same time the Unown return to their ruins, they return Spencer from their dimension. He then returns to the manor and reunites with his daughter.

After some time, Molly has received a real Pokémon, a Teddiursa. One day while playing with it her father appears, with her mother by his side. Molly is overjoyed to have her family reunited, and a real future ahead of her. 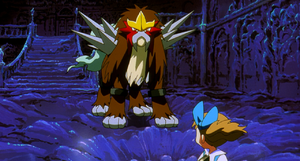 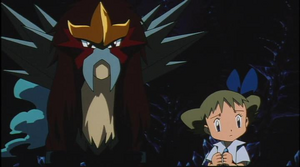 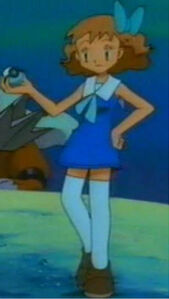 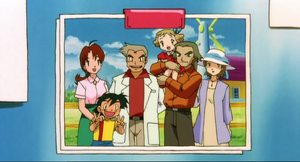 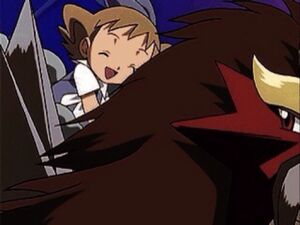 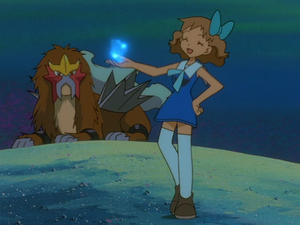 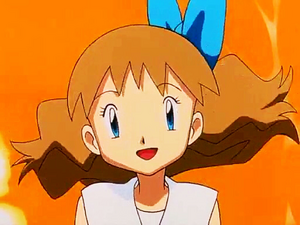 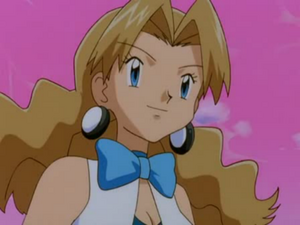 Molly as a teenager. 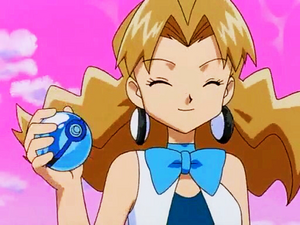 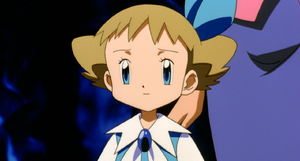 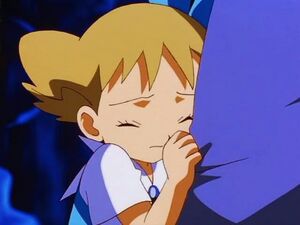 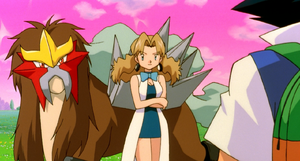 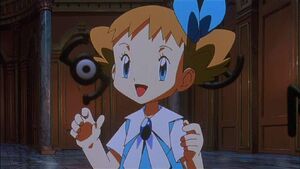 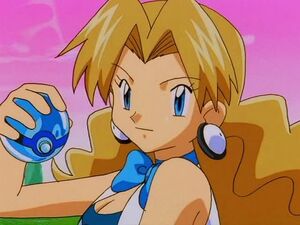 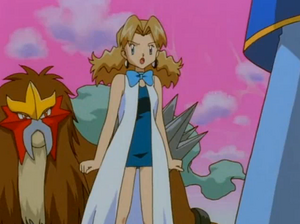 Add a photo to this gallery
Retrieved from "https://hero.fandom.com/wiki/Molly_Hale?oldid=1709885"
Community content is available under CC-BY-SA unless otherwise noted.