Hanging out with her friends
Accessorizing outfits

To make it into the Fashion Industry (currently)

Monique is one of supporting characters of Kim Possible.

She is Kim Possible's closest female friend and confidante. She serves as a conversation friend for subjects that Ron has no interest in or knowledge of.

She was voiced by Raven-Symone, who also portrayed Raven Baxter in That's So Raven and Raven's Home. She was also voiced by Vivica A. Fox as an adult.

Monique has a no-nonsense attitude, a good eye for fashion, and a good heart.

Monique is smart and hip. She usually speaks in a style which Kim describes as "Monique-speak". Monique also likes to talk in acronyms, such as "NBF" (new best friend) and "GF" (girlfriend).

Little is known about her family or personal life, but she complains of having bad luck with boyfriends and she has a brother who gets her hooked on wrestling, as well as a father who plays golf, as she said in "A Sitch in Time".

Kim's her best friend and now co-worker at Club Banana. She's also friends with Ron Stoppable, with whom she shares an interest in professional wrestling.

Monique seems to dislike Bonnie Rockwaller, Kim's archrival, because of her snobbish attitude.

Romantically, she has a lot of first dates. She describes herself as unable to maintain a relationship,and seemingly seeks a stable relationship with a young man who isn't a total weenie. She was seen getting friendly with Brick Flagg at the end of the Junior prom, but nothing came of it, as he graduated later that year. She recently had to spurn the advances of a smitten Wade, who was rejected because of his age and his decision to use emotion-manipulation on her. Ned seems to be interested, but sadly she's not.

Monique usually speaks in initialisms. She has also occasionally been involved in Kim's missions.

On a few occasions, Monique assists Kim on her missions, even though she lacks fighting skills. Her fighting skills improve after 20 years in an alternate timeline, since reset (Kim Possible, episode 34, "A Sitch in Time, Part One: Present"). Her passion and expertise in fashion also make her important when the time comes to make Kim's new mission uniform. 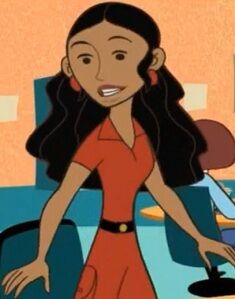 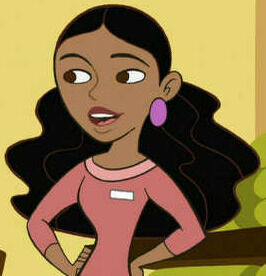 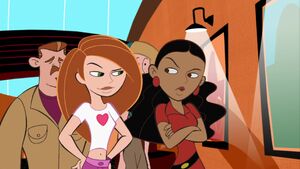 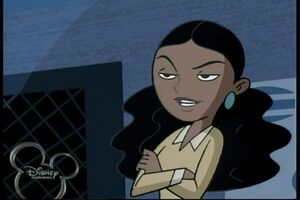 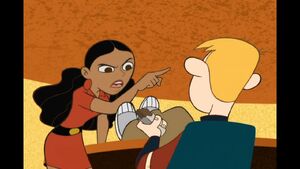 "Look, either we work on this project together, OR NOT AT ALL!" 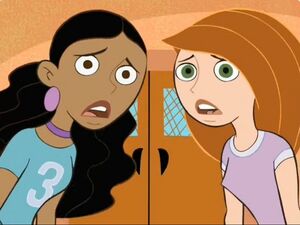 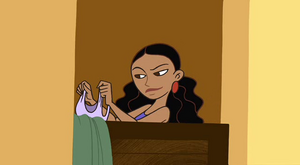 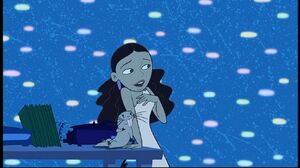 Monique and Rufus witnessing Kim and Ron dancing together at the prom. 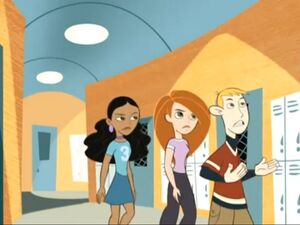 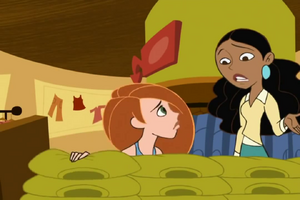 "I'm very sorry, girlfriend, but I'm afraid that your mission outfit has been officially...discontinued." 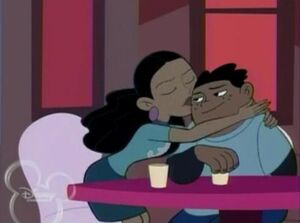 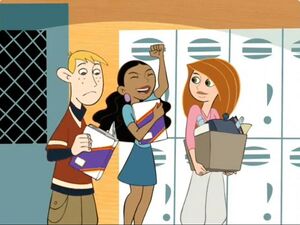 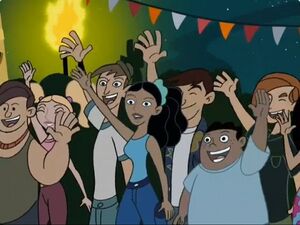 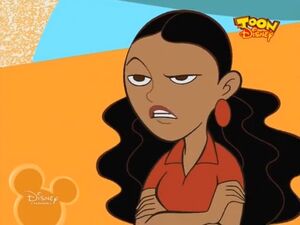 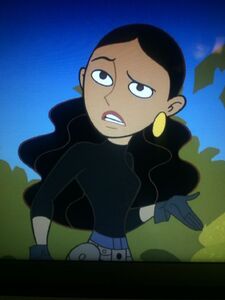 Retrieved from "https://hero.fandom.com/wiki/Monique_(Kim_Possible)?oldid=2022374"
Community content is available under CC-BY-SA unless otherwise noted.