Mascot and co-founder of the Phantom Thieves of Hearts

Uncover the secret of Mementos
Become human again (failed, when it's revealed he was never one to begin with)
Help the Phantom Thieves

Morgana is one of the main protagonists and party members in the video game Persona 5. He is a mysterious cat-like creature who strongly believes to have once been human and one of the founding members of the Phantom Thieves of Hearts. He is also the initial navigator for the group until Futaba Sakura joins. His initial Persona is Zorro and his Ultimate Persona is Mercurius.

Morgana appears as a predominantly black cat with blue eyes and a white muzzle, paws, and tail tip who wears a yellow collar.

Morgana has the ability to shapeshift into an anthropomorphic and biped form with a large head and eyes, where the collar turns into a yellow bandana in addition to gaining a utility belt. Morgana lacks any visible cat whiskers in this form.

Morgana can transform into a van which is based on the Citroën H Van.

In Persona 5: Dancing in Starlight, he wears a white t-shirt with an gold "M" logo and red scarf, and black sneakers. In addition, he also wears golden chain bracelet on his left wrist and a golden crown.

Initially, Morgana is extremely rude, arrogant, sarcastic and condescending. When in battle, he is smug to an obnoxious degree, frequently declaring "It's almost scary how good I am!" after scoring a critical hit or hitting a weak spot. He seems to really enjoy looking down on Ryuji, as he never passes an opportunity to insult his intelligence and often expects him to know things he has no way of knowing, making him something of an insufferable genius. Even on the rare occasions he gives a compliment, he nearly always follows it up with a snide remark e.g. "That's not a bad idea... for you, Ryuji!" In addition to being arrogant, Morgana is also rather self-serving for the first few months; he cares little for the group's goal of reforming society, and only helps them because their activities are what he believes to be his best way to become human again. He can also be apathetic and downright callous at times, such as when he couldn't understand why Ryuji and the protagonist were so concerned about the possibility of killing Kamoshida via destroying his palace.

Despite his cocky attitude, Morgana is also quite level-headed, having the sense to know when it's best to retreat and fight another day, as well as often warning the others not to let their emotions get the better of them. This is rather ironic given that his Arcana is the Magician, which represents immaturity and acting on one's own initiative. However, this level-headedness is not absolute, as anytime he sees something shiny, usually a Treasure, he loses all sense of reason and starts fawning over it. This proves to be his undoing in Madarame's Palace, where his touching of a golden vase results in the entire team sans Joker getting trapped in a laser cage. He's called out on this by Ryuji, since he was the one who was warning them to be careful up until then. Morgana is also very intelligent, as he displays extensive knowledge about Palaces and the Metaverse, though much of this tends to be hunches.

While appearing to be a cat, Morgana claims to be a human, and becomes irritated when called a cat. Morgana also dislikes being thought of as nothing more than a cat, as it lessens his sense of individuality. Despite this, Morgana often acts like a cat; he frequently self-grooms and has a great love for sushi, as well denying he cares about the party when it's obvious that he does. Despite his feminine name, Morgana declares himself to be male. He constantly attempts to be more masculine than he naturally is, disliking being seen as a cute cat and wishing to be viewed as manly. This is reflected in the appearance of his Persona Zorro, which is highly muscular. While often rude and snarky, Morgana does have a kind side; he makes it clear to the protagonist that looking after him will be a give-and-take deal and while he often makes fun of Ryuji, he draws the line at rubbing salt in the wound; when Ryuji accidentally gets the team caught, Morgana states that the mistake they made was crucial, but not critical, and they would just have to recover from there on. He is also deeply touched by the "Cake Knight Rises" protagonist's passion to fight for his friend, despite otherwise considering the movie to be ridiculous. In addition, Morgana shows a surprisingly gentlemanly side towards Ann, whom he develops a crush on for her kindness, bravery and beauty. That being said, even Ann isn't safe from Morgana's smart remarks at times, which are usually directed towards her terrible acting skills.

Morgana is shown to be consistently bad at coming up at names for things; when the group are first picking codenames, he suggests "Thug" for Ryuji, which Ryuji rejects on the spot in favour of "Skull", asking if Morgana's picking a fight with him. On the night they officially form the Phantom Thieves, he suggests "Tilefish Poele" for the name of the group, after a dish he ate earlier, and when the group are coming up with Futaba's code name, he suggests "Goggles", which she describes as "super lame" and convinces her that he has no taste. It gets to the point that when Haru introduces herself as "Beauty Thief", Ann's first assumption is that it was Morgana's idea. The only solid exception is "Joker", which he chooses because the protagonist is the group's "trump card when it comes to fighting strength."

While he attempts to come off as gung-ho and confident, even being described by the other Phantom Thieves as speaking in a "high and mighty" tone, in reality Morgana has little faith in himself and secretly dreads being abandoned and left alone, an insecurity that becomes extremely prominent in Futaba's Palace, when he is forced to admit that there are some things even he can't do. This gets even worse after Futaba takes over as Navigator and shows herself to be far more naturally talented than he is at it, succumbing to a jealousy so deep he temporarily abandons the Phantom Thieves to prove to them and himself that he doesn't need to rely on them, instead becoming Haru's assistant when she attempts to infiltrate her father's Palace. After this plan backfires spectacularly, he returns to the group, but is initially reluctant to team up with them again. He explains to them that, as someone who doesn't believe in their cause, there's no reason for him to stay with them and so he believes they should split up. After some encouragement from Ann, Haru and, to a lesser extent, Yusuke, however, he admits that he wants to stay with them, saying it's the only place he belongs. After the group changes Okumura's heart, he admits that he was so hung up on wanting to be human because he needed a purpose in life, but now he's going to do whatever it takes to ensure the Phantom Thieves succeed. 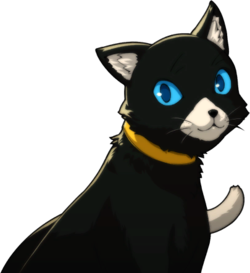 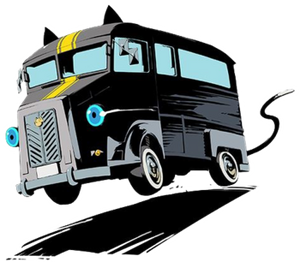 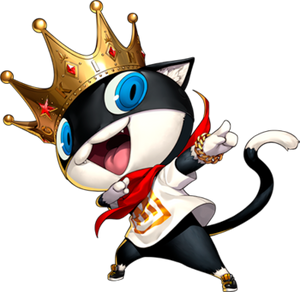 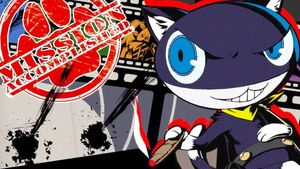 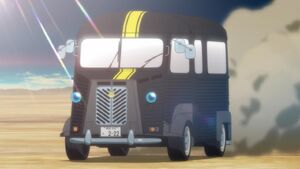 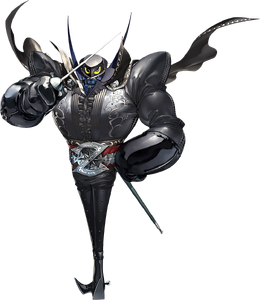 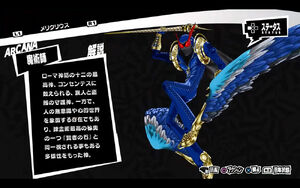 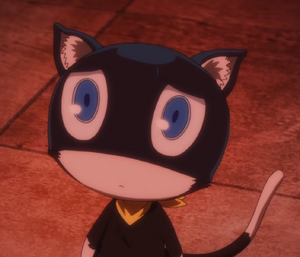 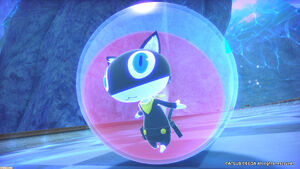