Hanging out with Ted and Susan.

Help Ted and Susan train Duma and rescue her from the poachers (succeeded).

Morogo is the deuteragonist of Disney's 1989 live-action film Cheetah. He is a noble tribal boy who befriends Ted, Susan, and Duma. He later helps Ted and Susan go after Duma after she is captured by poachers planning to race her against greyhounds.

He is played by Collin Mothupi.

Morogo is a very friendly and optimistic person and easily makes friends with Ted and Susan. He also knows the land very well and helped guide his friend on a journey through the African wilderness. He is willing to show kindness to everyone and doesn't care about them being different, as he is willing to defy his father's fear of the outside world.

He has also shown to be very courageous, such as when he retrieves Ted and Susan's soccer ball that was next to a sleeping rhino. He was also brave running away from home to help the two kids save Duma.

Morogo is initially seen watching goats with his father. Two American teenagers named Ted and Susan are intrigued by the native and watch him through the bushes. When Susan take a picture of him, he is alerted to their presence. A goat startles them out of the bush and he happily greets them. They quickly become friends and he shows him around the plains and the local wildlife.

The next day Morogo shows Ted and Susan his village. In return, they show them their ultra-modern (by 1989 standards) home where Ted teaches him how to play Pac-Man for Atari. Just then, their mother comes home and finds them with him, thus learning that they have been leaving the house. Later at dinner, Susan says that their friendship with him could come in handy because he knows the landscape so well. Their dad reluctantly agrees and lets them hang out with him.

The next day after playing with his new friends, Morogo is scolded by his father for neglecting his goat herding duties. He says that he will still take care of his duties but he's been learning a lot from his new friends. His father detests his new friends because they are so much different from them.

Some time later, the trio find an orphaned baby cheetah. Morogo finds the corpse of her mother, who was skinned by a poacher. Ted finds some weird markings next to the cheetah, which Morogo identifies as footprints. When Susan says that she wants to adopt her, Morogo is confused about why, but she says it's the only way she would survive.

Their parents agree to keep the cheetah and they name her Duma. Throughout the course of the months, he and his friends are shown playing and training with Duma and his friends teaching them to play their games as well. However, their visit in Africa has come to an end, so Morogo decides to help them train Duma to hunt in the wild before their vacation is over.

However, Duma gets captured by gamblers and their visit is up. The kids wish him goodbye and he quotes that their spirits will still the same earth and sky. Before the kids could leave, Ted realizes that Patel took Duma, so they head out to rescue her. Morogo fears that he can't go, due to his father's disapproval, but gives them instructions to get to Jamhuri.

The next morning, he runs away from home to help his friends on their quest to find Duma in the uncharted wilderness, while avoiding the dangers on their way, such as a bull elephant. They eventually arrive at the poachers' headquarters where Duma is being held. The kids sneak in and Morogo keeps watch, but are captured by the poachers and put in a cage. Morogo almost gets caught, but manages to hide, while they start for the race. Morogo sets them free and they head off to Nairobi.

On their journey, they are caught by a policeman and taken to custody after their parents found out about their disappearances, but they manage to escape. They hitch a ride by a shepard and he drops them off at Nairobi. The kids travel through a market to find a cab and Morogo accidentally knocks over a stack of spears, prompting a merchant to confront him. A chase ensues throughout the market, but they manage to elude the merchant. Duma loses her burst of speed, but Ted manages to get his whistle back and blows, allowing Duma to regain her endurance and win. The children are reunited with their parents and head after Duma as she rebels against the poacher who killed her mother. They manage to rescue her and are berated by their parents for leaving them, while the poacher is arrested.

They eventually arrive in Cheetah Valley and decide to release her there. Ted realizes that they need to let her go right away and they notice another cheetah, but Duma is too stubborn to leave her owners. Susan manages to get her to leave and they quote "Though we are far apart, our spirits share the same earth and the same sky" as they happily watch her return to the wild. 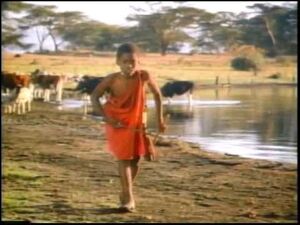 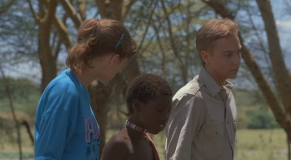 Morogo with the duo 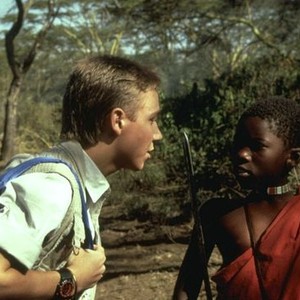 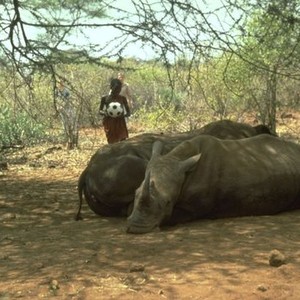 Morogo retrieving the duo's soccer ball from a sleeping rhino 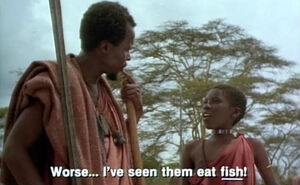 Morogo with his father.

Morogo and the duo arrive at Abdullah's camp 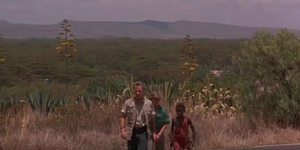 Morogo and the duo on their journey to Nairobi Downs

Morogo and the duo get caught by the police 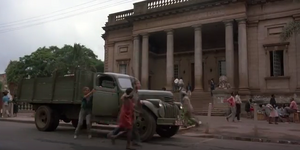 Morogo and the duo arrive at Nairobi 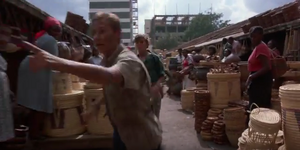 Morogo and the duo being chased by a market owner

Morogo and the duo arrive at Nairobi Downs 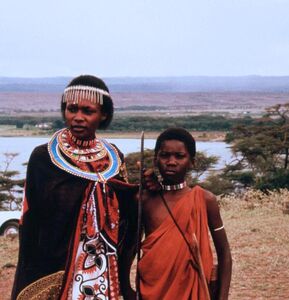 Morogo with his mother 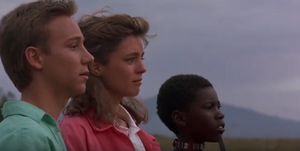