Owner of the T.C.R.I. building
Founder and mentor of the Guardians of the Utroms

Mortu is a major protagonist of the Teenage Mutant Ninja Turtles 2003 cartoon series. He is the captain of a group of Utroms that crash-landed on Earth a millennium ago, and Ch'rell's archenemy. He is also the founder of the Guardians of the Utroms and the owner of the T.C.R.I. building, which is the same company that created the ooze that mutated the Turtles and Splinter.

He was voiced by Dan Green.

Mortu is compassionate and patient. He always puts the safety of his people first, and is willing to entrusts humans, despite their history of wars, to the point of revealing himself alongside his crew to some that would become the Utroms' guardians. In fact, he even shows gratefulness to their dedications, and was devastated upon learning of Hamato Yoshi's death. This even extents to the point of him giving Splinter a crystalline ball for the latter to see the Utroms' memories of Yoshi if he wished. The fact that Mortu also trusts the Turtles and Splinter showing that as long as a person doesn't try to antagonize him and his people, they will earn his trust regardless of their species.

It is those traits that make him the opposite of the sadistic and hegemonic Ch'rell, who considers everyone below him and will kill anyone who stands on his way. Mortu tries to stop Ch'rell through the millennia to protect the universe from the threat the latter poses.

One thousand years ago, Mortu led an Utrom ship that was transporting the dangerous Utrom criminal Ch'rell back home. Unfortunately Ch'rell escaped and sabotaged the ship, causing it to crash on Earth in feudal Japan, before disappearing into the wild.

Unable to repair their ship, Mortu told the Utroms to take advantage of their long lifespans to hide among humanity and wait for their technology to evolve enough so they can go back home. To do so, they developed exo-suits to disguise themselves as humans, but Ch'rell hijacked one and took on the moniker Shredder. To fight against him, Mortu and his men selected a few humans to be their Guardians, entrusting them with their secrets. Centuries later, Hamato Yoshi became an Guardian and was killed by the Shredder afterwards for refusing to tell him the Utroms' location. This event devastated Mortu.

In the present day, Mortu appears as the owner of the T.C.R.I. (Techo Cosmic Research Institute), as a means to hide the Utroms' advanced technology, and also used the mutagen to fuel their Transmat. Eventually, the Turtles and Splinter meet the Utroms, and Mortu explain their history to them via the Oracle Pod, just before the Shredder appears and attack the Utroms. The Turtles manage to defeat the Shredder and transport the Utroms back home. Before leaving, Mortu gives Splinter a crystalline ball that can be used to activate the Utroms' collective memories on Earth, including those of Yoshi.

Mortu later returns to rescue the Turtles and Splinter while bringing Ch'rell to trial. After Ch'rell is exiled to Mor Gal Tal, he and his crew transport the them to Earth. In the finale, he also appears as an attendant for Casey Jones and April O'Neil's wedding. 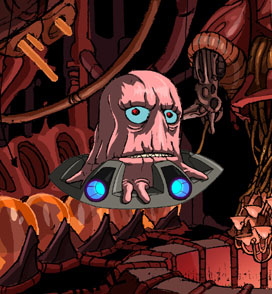 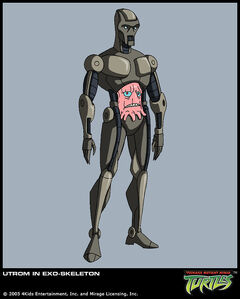 Mortu in his bare exoskeleton. 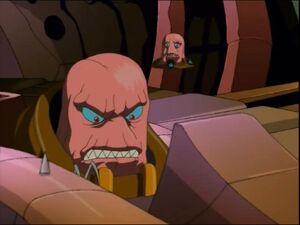 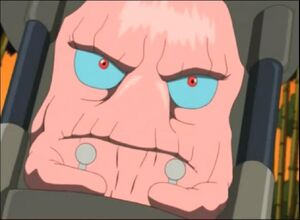 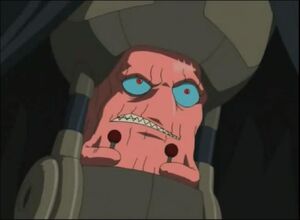 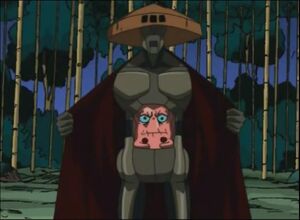 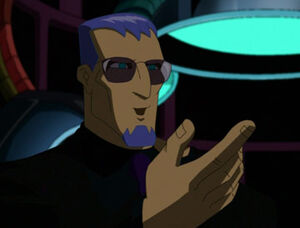 Mortu as a human. 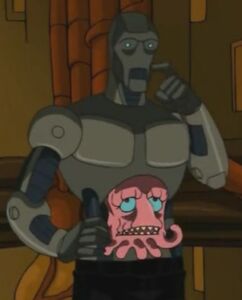 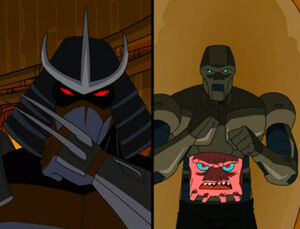 Mortu vs. the Utrom Shredder. 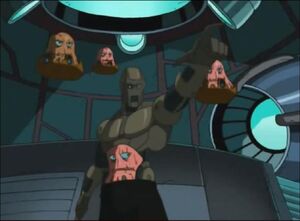 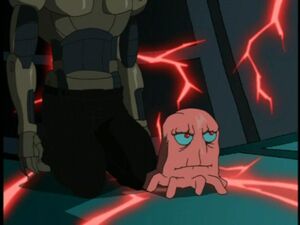 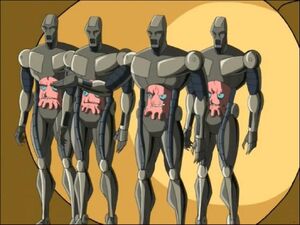 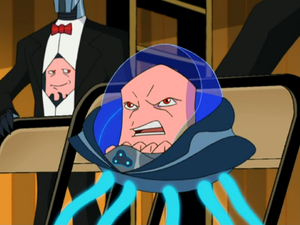 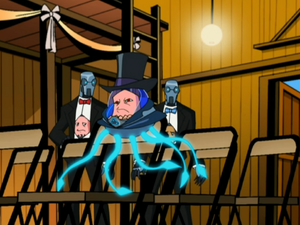